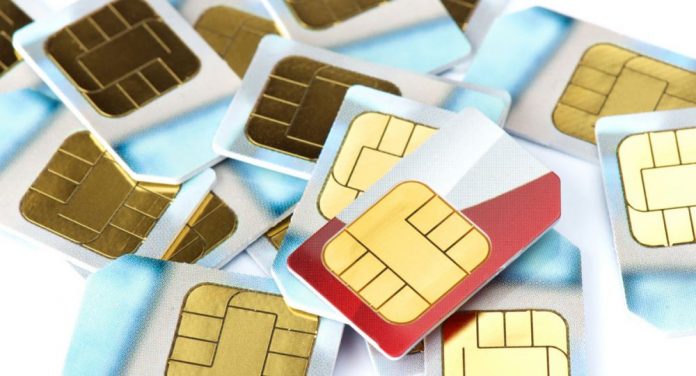 Share this on WhatsApp
The federal government has expressed the concerns over the use of unregistered SIM cards in the commission of crimes, and is therefore working out a blueprint to ensure the end of the irresponsible use of any SIM card.

National Security Adviser, retired Maj. Gen Babagana Monguno disclosed this on Thursday after President Muhammadu Buhari met with security chiefs over the rising insecurity in the country at the State House, Abuja.

According to Mungonu, the issue of the use of unregistered SIM cards is also aiding the rising insecurity, and the President has therefore charge them to come up with a blueprint on how to ensure that the use of such SIM cards end.

“In my own brief, I dwelt on that issue and I raised concern that whatever we intend to achieve, we will not be able to get to the Promised Land, unless we wrestle this issue of unrestrained acquisition of unregistered SIM cards.

“Mr. President has directed that I, as the national security adviser should link up with the minister of communications and digital economy, to work out a blueprint to ensure the end of the irresponsible use of any SIM card.

“Unless we address this issue and form a single front, the convergence of efforts, the confluence of all ideas be that operational or intelligence, must be achieved. We must have a central platform to coordinate all the efforts, all operations and security.’’

Monguno said the security chiefs were in no uncertain terms, reminded that the Buhari administration came to power on the platform of three issues namely: fighting insecurity, over-coming economic difficulties and dealing with the scourge of corruption.

The meeting was attended by the Minister of Defence, retired Maj.-Gen. Bashir Magashi; Chief of Staff to the President, Prof. Ibrahim Gambari and the service chiefs.

Others who attended the meeting include the Inspector-General of Police, Mr Muhammed Adamu; Director-Generals of the Department of State Services and National Intelligence Agency, Mr. Yusuf Bichi and Mr. Ahmed Rufai, respectively.