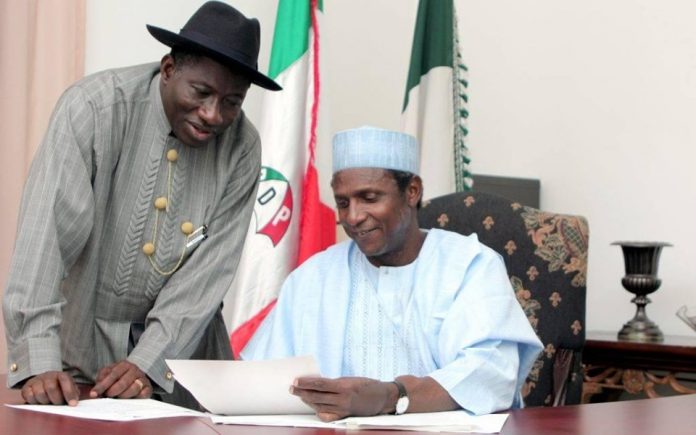 President Muhammadu Buhari has ordered the Economic and Financial Crimes Commission (EFCC), the National Intelligence Agency (NIA) and the Inspector-General of Police to probe the criminal conspiracy behind the P&ID failed contract.

Process and Industrial Developments Ltd (P&ID) was granted court permission to seize up to $9bn (£7.4bn) in assets belonging to the Nigerian government.

The Federal Government at a joint briefing in Abuja by the Minister of Information and Culture, Alh. Lai Mohammed alongside the Minister of Justice, Abubakar Malami (SAN), the Minister of Finance, Zainab Ahmed and the Governor of the Central Bank of Nigeria, Mr. Godwin Emefiele on Tuesday, linked the contract to the administration of late President Umaru Yar’Adua and his successor, Goodluck Jonathan, noting that all involved in the contract will be prosecuted.

According to the minister, the decision was based on the fact that the Federal Government suspected foul play in the contract which was negotiated and signed in 2010.

“We want to place on record that the Federal Government views with serious concerns the underhanded manner in which the contract was negotiated and signed,” he said.

Mohammed said indications were that the whole process was carried out by some vested interests in the past administration, which apparently colluded with their local and international conspirators to inflict grave economic injury on Nigeria and its people.

He added that in view of the above, and in an attempt to unravel the circumstances surrounding the entire transaction, the Attorney General of the Federation, with the approval of Buhari had requested the EFCC, NIA and the Inspector General of Police to conduct a thorough investigation into the company, the circumstances surrounding the agreement and the subsequent event, which included commencing a full-scale criminal investigation.

According to the minister, despite the recent recognition of the award by a UK court, and contrary to some reports, Nigeria was not about to lose any of its assets to P&ID, stressing that there was no imminent threat to Nigeria’s assets.

He explained that the enforcement of the award could not even commence now because the judge in the UK court ordered that the P&ID could not enforce the judgment against Nigeria until after the court resumed from its current vacation.

According to reports, in 2010, the company struck a deal in which the Nigerian government would supply gas to a processing plant in Calabar, built and run by P&ID, formed by two Irish businessmen.

The government failed to fulfill its side of the agreement.

However, in 2013, P&ID won a $6.6bn arbitration case. The figure was calculated based on what the company was estimated to have earned over the course of the 20-year agreement.