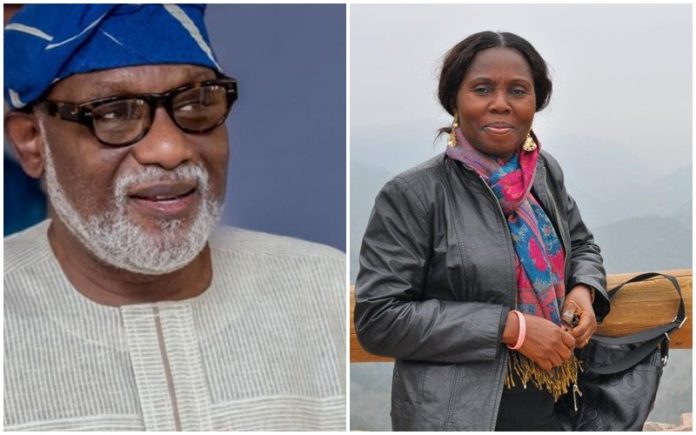 Mr Tajudeen Adefisoye, a member of the House of Representatives, has frowned at a statement credited to the wife of the Ondo State Governor, Mrs Betty Anyanwu-Akeredolu, rating her pet project over the ancient Idanre Hills.

This was contained in a statement signed by Adefisoye, a member of the Social Democratic Party, representing Idanre/Ifedore Constituency, and made available to newsmen by his Special Adviser on Media and Publicity, Mr Oluyemi Fasipe, on Tuesday in Akure.

Mrs Akeredolu had on Sunday, posted on her Facebook page, Betty Anyanwu-Akeredolu, “Forget Idanre Hills, BEMORE Summer Bootcamp is set to be the new tourist attraction in Ondo State. Believe it or Not!-Arabinrin,”

The Idanre-born lawmaker said that no human initiative could ever come close to the ancient Idanre Hills, which is a UNESCO-rated world heritage site and approved tourist destination for international tourists.

Adefisoye, who explained that the hills, which is 3, 000 feet above the sea level, had existed for 500 million years, and it was one of the most beautiful natural landscapes, not only in Nigeria but in the whole of Africa.

According to the lawmaker, Idanre Hills is a unique ecosystem, upon which the cultural landscape and rare beauty of nature are completely integrated.

He added that ‘Mare Festival’ would not have been conceived to attract global tourists if Idanre Hills did not have money-spinning tourism capacity in addition to its display of aesthetic beauty of nature.

Adefisoye, therefore, urged Governor Oluwarotimi Akeredolu to reactivate the yearly ‘Mare Festival’ in order to open the state to global tourists and investors by leveraging on the cultural values embedded in Idanre Hills.

Adefisoye, however, lauded the BEMORE initiative of Mrs Akeredolu, which he described as a good platform for girls to become complete women.

“It is an envisioned preparatory avenue to help girls triumph over intimidations,” he said.