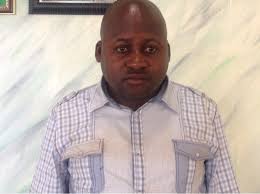 Former Team manager of Nasarawa United, Solomon Babanjah, has said that the domestic football industry can help in the recovery of the nation’s economy if the right planning, strategies and implementations are put in place.

Speaking at the ongoing Ahlan preseason football tournament in Kano, the respected football administrator stated that the Nigerian football industry is an export oriented  economy with the potential to earn foreign exchange worth upto $3 billion dollars per year.

Babanjah who is regarded as  one of the best in transfering players in Nigeria, opined that administrators should take up the opportunity of making their clubs a revenue and profit centers because the transfer market operations have the capacity to bring more revenue and profit more than TV rights, Sponsorships or stadium gate takings (tickets).

According to him, there is need to properly organize and regulate Nigeria transfer market operations in a way it will begin to impact on the growth of the industry and the entire economy as a whole.

It is on record that, Solomon Babanjah along side former Chairman of Nasarawa United, Barrister Isaac  Dalandi during their tenure in charge of the solid miners  repackaged the up north club to become title contenders.