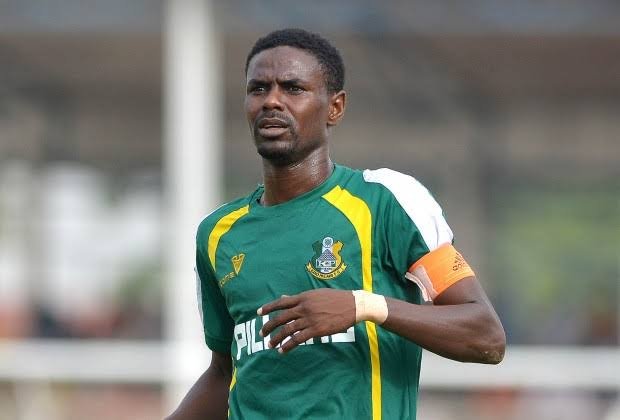 NPFL Veteran, Rabiu Ali, who has consistently played in the last 7 seasons with 48 goals to his credit in the NPFL, led a team of organizers to a school in Kano  the host State of the Ahlan pre-season tournament.

Chants of ‘Pele’ ‘ka iya’ ‘you  are an idol’, in addition to singing, reverberated through the football field where the students were assembled as the football star strolled in.

Rabiu Ali who spoke to the students after a short juggling of football, urged the kids to shun drugs in its entirety if they want to excel in football or other disciplines of their choice. He said, “I am a typical example of consistency in the Nigerian League. I have played for more than 10 years in the Nigerian League and I am still active, playing for my club and the national team. It goes to show it takes discipline, shunning drugs and being totally dedicated to what you believe in to excel. That is what has helped me in my career”.

Speaking further, Rabiu Ali said, “you call me Pele, it is because I have succeeded in playing football in my hometown and given it my all, while shunning drugs”, he added.

Among the delegation to the school was the former team manager of Nassarawa United, Mr. Solomon Babanjah, a man with good eyes for players, who also spoke to newsmen at the field. He said, “I almost shed tears when I saw Rabiu Ali juggling football with the kids chanting his name. That tells you the young man has done well in football. I have the utmost respect for him as an administrator. Even when he played for us in Nassarawa United before coming to Kano Pillars, he did well”.

The visit was part of the line up of corporate social responsibility activities of the organizers of the Ahlan pre-season tournament intended to give back to the people of Kano, the host State of the tournament.