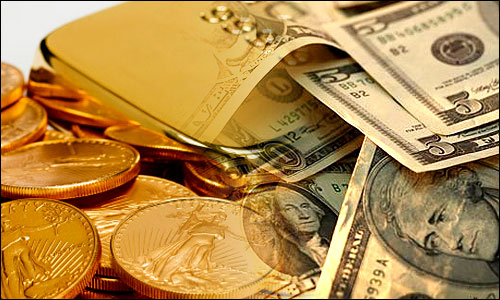 NIGERIA’S foreign exchange reserves fell by 2.68 percent to $27.14 billion as of April 27 from a month ago, when they were 27.87 billion, central bank data showed on Friday.

The reserves declined by 5.55 percent from $29.51 billion a year ago. A plunge in oil prices has eaten into the foreign reserves of Africa’s biggest economy, with the central bank adopting fixed exchange rate to protect further depletion of its reserves.

The $27.4 billion represents gross reserves, while only $27.1 billion is liquid and readily available for the monetary authority, in this case the CBN, for direct financing of payment imbalances through intervention in the exchange markets to affect the naira exchange rate and or for other purposes.

The nation’s foreign reserves have been dropping consistently since November 2015 from $29.9 billion to the current figure of $27.4 billion. Analysts attribute the decline to poor receipts from the sale of oil on account falling oil prices. It is also being aggravated by a decline in non-oil exports.

Equally, the country’s huge appetite for foreign goods, which have fueled imports and demand for the dollar, has placed a huge task before the CBN to maintain the naira value, forcing it to use the reserves to manage the exchange rate.

“The fact that the CBN had always implemented a fixed exchange rate policy and has had to use reserves to maintain its fixed exchange rate, where supply and demand of foreign currency tend to push the value of the naira higher or lower, has contributed to the depletion of reserves,” said a foreign exchange dealer in Lagos at the weekend.

National Daily gathered that under perfect capital mobility, the change in reserves is a temporary measure, since the fixed exchange rate attaches the domestic monetary policy to that of the country of the base currency, which is the US dollar.

Often, in the long term, the monetary policy has to be adjusted in order to be compatible with that of the country of the base currency. Without that, the country will experience outflows or inflows of capital. Fixed pegs were usually used as a form of monetary policy, since attaching the domestic currency to a currency of a country with lower levels of inflation should usually assure convergence of prices.

However, with no end in sight for the dropping of oil prices, the nation’s foreign reserves will continue to deplete unless the CBN abandons its fixed exchange regime.

A plunge in oil prices has eaten into its foreign reserves as it battles to defend its ailing naira currency. Earlier this year, the CBN said the apex bank is halting dollar sales to non-bank foreign exchange operators and letting commercial banks accept dollar deposits with immediate effect.