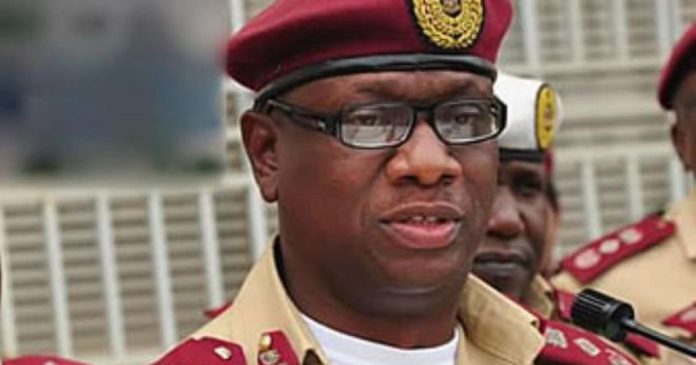 The Corps Marshal, Federal Road Safety Corps, Dr. Boboye Oyeyemi, says the commission has declared war against driving school certificate racketeering and will not spare anyone caught in the act.

Addressing members of the joint body of Association of Driving School Operators of Nigeria (ACDSON) and the Association of Driving School Instructors of Nigeria (ADSIN) during a national workshop on driving school with the theme; Promoting Road Safety through Quality Driver Education in Nigeria, held in Owerri, Imo state; the Corps Marshal called on members of the Driving School profession to appreciate the responsibility they own to the society through credible discharge of the tasks and upholding the ethics and standards of the profession.

The workshop which was declared open by the Executive Governor of Imo State, Owelle Rochas Okorocha ably represented by the Secretary to the State Government Mr. George Ezenne Etche had in attendance, the Executive Governors of Anambra, Bayelsa, Enugu and Rivers states duly represented, Service Commanders from the Nigerian Army, Nigerian Airforce, Nigerian Police, NPS, NCS, NSCDC, other special guests and the participants.

In a statement by Bisi Kazeem, the Corps Public Education Officer, Oyeyemi said that it is expected that standards in the operations of driving schools would improve greatly with the deliberations from the workshop. He stressed that the Corps needs the assistance and cooperation of all to succeed in the campaign by putting a firm check on this scourge threatening the security of lives and properties.

He said some driving school suspended from the portal for some time now due to sharp practices like illegally graduating trainees in less than the legally prescribed 26 mandatory hours, upload of vehicles in excess of the approved number to illegally increase intake, colluding with the inspection committee to re-register cars already registered in other states, illegal buy over or acquisition of registered driving school without formal transfer procedure approved by the Corps and many more.

On the other hand, the Special Guest of honour, the Executive Governor of Imo state, represented by the Secretary to the State Government, applauded the initiative and commended the efforts of the Oyeyemi led FRSC for ensuring sanity on the road through the introduction of the Driving School Standardisation Scheme, a guesture that will restore the lost glory of our roads.