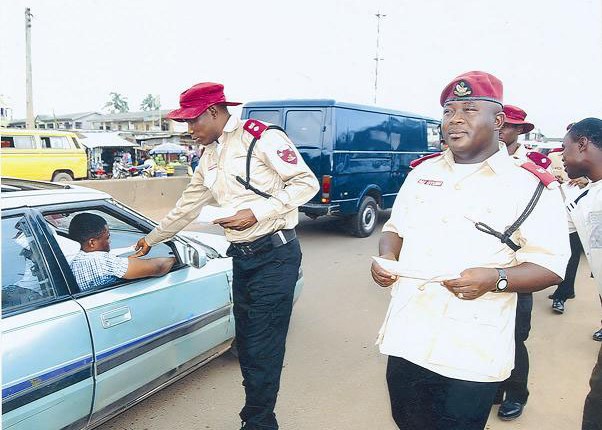 FRSC embarks on radio sensitisation of motorists, road users
Share this on WhatsApp
Spread the love

The Ore (Ondo) The Ore Unit Command of the Federal Road Safety Corps (FRSC), in Ondo State, has begun a radio programme to sensitise motorists and road users on highway safety consciousness.

The Unit Commander, Mr Sikiru Alonge, who disclosed this in an interview with the News Agency of Nigeria, on Wednesday in Ore, said the one-week programme, aimed at curbing accidents, was being aired on STJ 97.4 FM, Ore.

Alonge said that the programne was also to commemorate the “2022 World Day Of Remembrance For Road Traffic Crash Victims”.

He said the unit command chose to run the programme, entitled “Good Morning Show” on radio because motorists and other road users often listened to the radio more, especially when they were driving.

“The programme is to enlighten and sensitise motorists and other road users against violation of traffic regulations, in order to reduce accidents on our highway,” Alonge explained.

The FRSC official also responded to the allegation that personnel of the corps were using Point of Sales (POS), machines to collect fines from offenders.

According to him, FRSC officers do not receive payment of fines from traffic offenders through the POS machines.

Share this on WhatsApp
Related Topics:FRSCMotoristsradio sensitisationroad users
Up Next

No law prevents government from setting up a National Carrier – FG