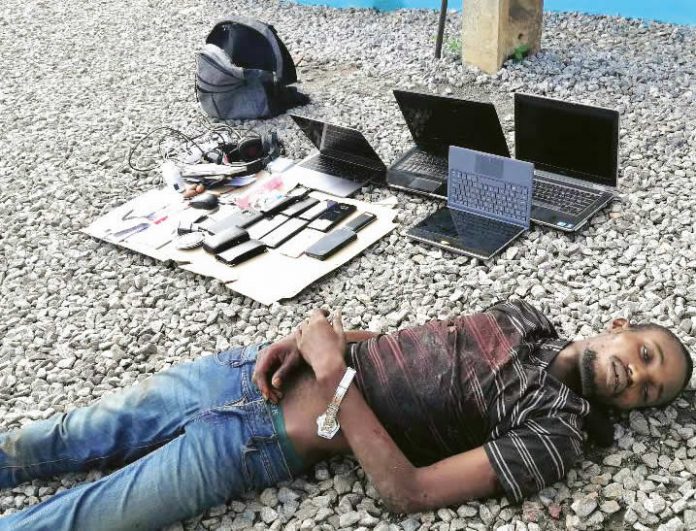 A five-man robbery gang ran out of luck while robbing resident of the Ibara Housing Estate, Abeokuta, in Ogun on Friday.

One of the members was shot dead whle others escaped with injuires after a duel with operatives of the Federal Special Anti-Robbery Squad who were dispatched there by the state Commissioner Ahmed Iliyasu.

According to reports, at about 1.00 am on Friday, the gang broke into no fewer than twelve flats, carrying with dangerous weapons as the looted the apartment.

A distress call was made to the police by a resident of the community, and the police commissioner directed the FSARS operatives, headed by Superintendent of Police, Uba Adams, to quickly move to the scene.

After a spell of shoot-out between the gang and the anto-robbery squad, one of the gang members was shot dead.

Recovered from the gang were mobile phones, four laptops, wallets and other valuables.

]A manhunt for the escapees is going on now.