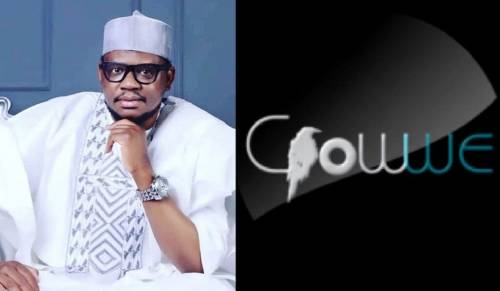 Adamu Garba, a former presidential aspirant and first to sue Twitter last October, has been outed as the owner of IPI Solution, a software engineering company that developed home-made platform Crowwe struggling to take off.

A document leaked to People Gazette revealed a transfer of N136 million from the CBN to the company in 2019.

That amount, the online new platform said, was one of many transactions between the apex bank and Garba’s IPI in the last two years.

“We do projects and receive payments from the Central Bank. I think it is a project we did for the EFCC,” Garba said, reacting to the leak.

The platform has sought to power out in the wake of the Twitter suspension in Nigeria. But technical glitches and inadequate bells and whistles have rendered the app non-competitive.

Google Playstore had to take it down days ago, stating violation of policies.

Since the stand-off between the federal government and Twitter began—over what the government described as the platform’s double standards—at least three apps have been introduced to Nigeria.

Immediately after the suspension, Koo, a social media platform from India, was introduced to the Nigerian audience, the National Daily reported.

The promoter is Kola, the son of the late President M.K.O Abiola.