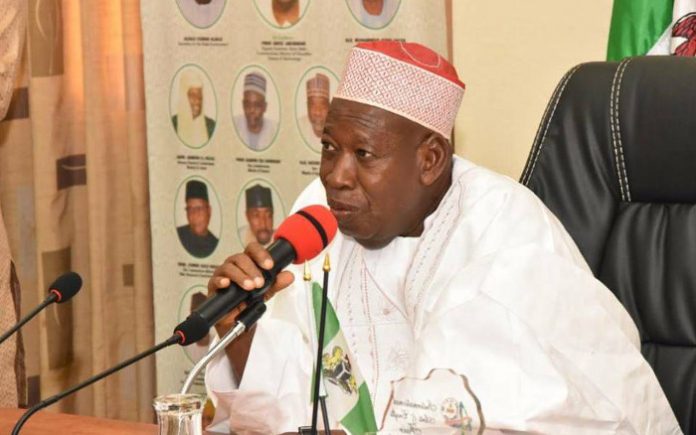 Share this on WhatsApp
Spread the love
Governor Abdulahi Umar Ganduje of Kano State has sacked all Permanent Secretaries which he said is in line with the present government’s reform policy of the state civil service.
A statement from the Office of the Head of Civil Service on Thursday indicated that the action is part of the state government policy on civil service reform.
The head of Civil Service in the statement maintained that the decision is in line with the Kano Government’s decision to “Vigorously pursue/implement the reform initiative embarked upon since its inception”.
ALSO READ: Over 500 people die in road accidents in January – FRSC
The state government further said that the action will facilitate the state’s need to further ensure greater efficiency in service delivery.

However, some stakeholders in Kano State were of the view that governor may be on war path with the servants to uproot the inherited structures from previous administrations and replace them those that would be loyal to him. The governor suffered monumental image damage in the past few years caused by leakage of government official information, especially, in the area of award contracts.