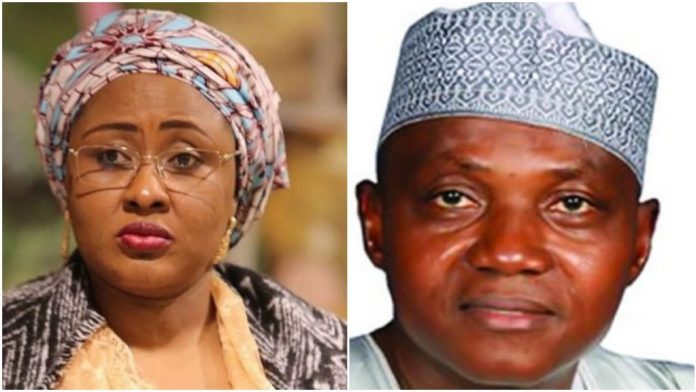 Many people who have followed my writing know that Malam Garba Shehu was my journalism teacher at Bayero University, Kano, for whom I still have a lot of respect in spite of our political differences. However, I had said in the past, like Aisha Buhari just confirmed today, that neither he nor Femi Adesina has any direct contact with Buhari.

In my August 26, 2017 column titled “Garba Shehu, Presidential Villa Rodents and Bad PR,” I wrote the following, which Aisha just confirmed: “Most of the times, it’s actually influential people connected—or thought to be connected—to the president who dictate what the presidential media team says to the public.

“I recall an incident in late 2015 that left me in no doubt that the president’s media team members don’t enjoy the respect usually accorded to presidential spokespeople. I was having an argument with someone close to the Buhari presidency over something, and he suddenly said, ‘I will tell the president’s media team to issue a statement to clarify this.’ A few hours later, a statement was issued expressing the exact sentiments of my interlocutor who isn’t even officially a part of the government. That blew me away.

“So, basically, the presidential spokespeople are mere errand boys of Buhari’s shadowy surrogates and a motley crowd of official, semi-official, and unofficial power brokers who pull the levers of power in the presidency.

“No public relations person, however smart he might be, can function optimally in the kind of politically toxic and factious environment that the Buhari presidency exemplifies.”

The truth is that Buhari has dementia and doesn’t know his left from his right. The real people ruling Nigeria now are Abba Kyari and Mamman Daura whom I’ve learned are no longer as chummy as they used to be.

I warned Nigerians in the run-up to the 2019 election that f they voted APC, they were voting Mamman Daura and Abba Kyari, not Buhari who is barely aware of his own existence. People who thought I was just being mischievous are coming to terms with what I said. Aisha won’t reveal the truth state of health of her husband, but she’s railing against someone who takes orders from people who hold the real power.