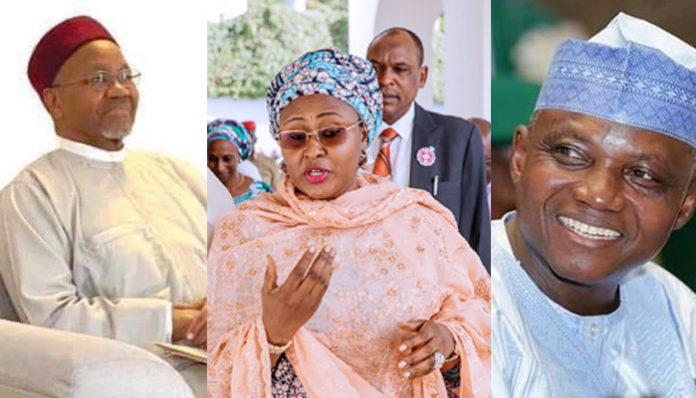 Nigerians have taken to twitter to react to Aisha Buhari’s recent attack on Garba Shehu, her husband’s Senior Special Assistant on Media and Publicity and Mamman Daura, her hubby’s closest ally.

In a statement released today December 11th, Aisha Buhari alleged that Garba Shehu has shifted his loyalty from the President to others who have no stake in the compact that the President signed with Nigerians on May 29, 2015, and 2019.

Some Nigerians on Twitter are not taking sides with Aisha Buhari on this matter, mostly because she is in support of the Social Media Regulation bill.

According a twitter, @edwardessien, whenever Aisha Buhari has issues with the cabal, she runs to the Social Media & Press to cry wolf. This same woman advocated for a ban on social media, remember?

“Madam, please stew in your vomit and leave us out. The damage your husband & his cabal has created for us is still here,” he twitted.

@isidags tweets: If you observe this woman closely you’ll realize she’s as selfish as selfish can be. Don’t be deceived into thinking she has the country’s best interest at hearth

@OgbeniDipo “Can’t think of anyone that has undermined General Buhari more than Aisha Buhari in the last 12 months. Every time she speaks her truth, it just goes on to show that the man is not in charge.

In her own opinion, Adunni Adaora Achebe advised Aisha Buhari to get back in the kitchen, noting that no one needs to hear her stupid wailings, not after the rubbish she said during Bello’s campaign.

For young Young Otutu @YoungOtutu, Aisha Buhari who is in support of the bill to gag the media.Is coming to the same media to cry for help & sympathy over,

@Morris_Monye says If Aisha Buhari cannot say what the hell is going on in Aso-rock then she should forever hold her peace or go keep herself busy in the kitchen.

“My honest to God opinion is that she is manipulative. Throwing snippets to us so that we fight her enemies for her. 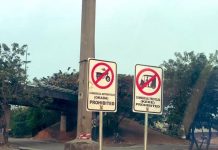