The Chairman of Governors’ Forum, Governor Abdulaziz Yari of Zamfara State says the National Economic Council (NEC) will soon take decision on whether to allow the continuation of payment of petroleum subsidy by NNPC or not.

Mr Yari, who stated this while responding to questions after the meeting of NEC which was chaired by Vice-President Yemi Osinbajo at the presidential villa, Abuja on Thursday, said the governors would next month (June) take decision on whether to take responsibility for the subsidy in their states or not.

He said the governors’ position was informed by the huge amount of money being spent by the NNPC as payment for fuel subsidy annually.

He described as outrageous the N800 billion being expended by the NNPC as subsidy.

“Our problem is the volume, the quantity of consumption which is not acceptable.

“Working with the governors so many decisions were taken but by next month, we are going to adopt that position either for the governors to take responsibility for the subsidy in their states based on the consumption or we look at other ways.

“For instance, if you say we paid N800 billion subsidy, you will ask who are we paying the subsidy to? And if you look at infrastructure development and capital programme of the federal government, it is about N1.1 trillion, almost 70 per cent of what you are spending on developing the economy.

“If there is no infrastructure development then you cannot talk about development of the economy. N800 billion is a huge amount that we must look at it, who is benefiting from it.

“So we are coming up with a strategy, we are going to meet in the month of May and June. By next meeting, we will definitely come up with a position of the government at both level of volume of what is being brought into the country and what the state and federal government collaborate to check,’’ he said.

The governor revealed that the Minister of State for Industry, Trade and Investment briefed the NEC on the establishment of the Nigerian Industrial Policy and Competitiveness Advisory Council which was approved by Federal Executive Council (FEC) in 2017.

“The Industrial Council recognises that there is need for collaboration between the Federal Government (FG), State and Local Government to drive the industrialisation agenda.

“The briefing today was to present the eight initiatives and recommendations from the Industrial Council that requires State Governments intervention,’’ he added.

Mr Yari said the Advisory Council requested NEC to approve the proposals to address the bottlenecks identified in order to drive the Industrialisation agenda.

He, however, said that the Council while welcoming the prayers resolved that the Nigeria Communication Commission should go and outline its plans and communicate same to the state governors in the next meeting. 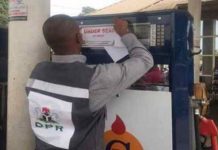 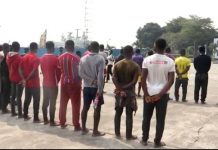