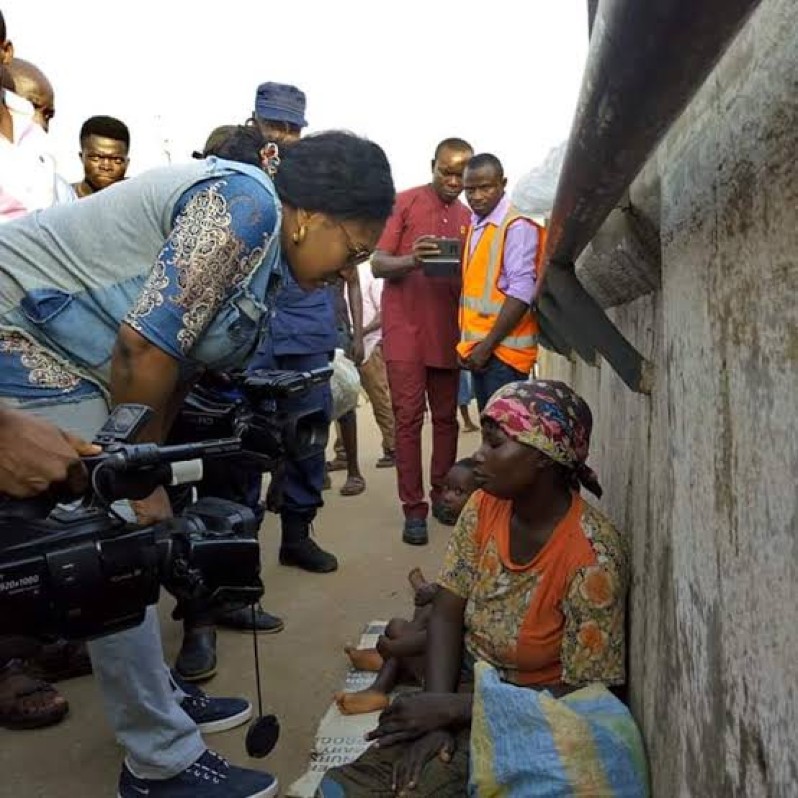 Delta released a minor used for alms begging to her grandmother, Mrs Elizabeth Igwe, in Asaba on Thursday.

The grandmother had been arrested in Warri, Delta, earlier in the year alongside six other women, who were using minors for alms begging.

She was incarcerated and released from prison custody on March 17.

The Delta government made Mrs Igwe to sign an undertaking not to repeat the prank before the minor was handed over to her.

Having taken custody of the minor, Mrs Igwe said she appreciated the Ministry of Women Affairs, Community and Social Development, for releasing her grandchild to her.

She explained that she was compelled to go into alms begging and used the child to attract empathy, after her son, the breadwinner was locked up for partaking in the #EndSARS protest of October 2020.

Mrs Igwe said prison life had reformed her and that she would now go into the business of selling sachet water and non-alcoholic beverages to earn a living.

The Child Rights Law specifically prohibits the use of children for alms begging, among other abuses.

She cautioned adult members of the society to stop all forms of child abuse.

The permanent secretary advised Mrs Igwe and other child abusers to desist from the act as “shortcuts to life do not proffer solutions to problems.’’

Agas warned that the state government would not relent in its fight against trafficking in persons and clamping down on those who abused minors.