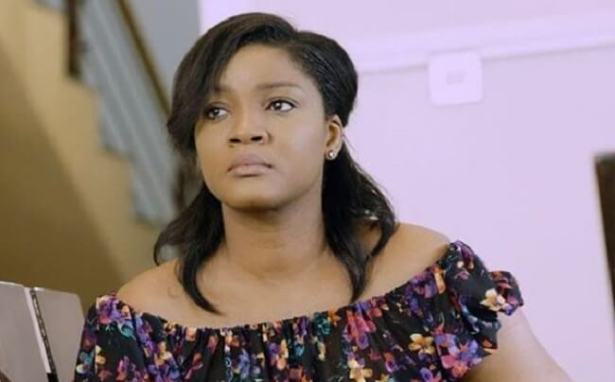 Share this on WhatsApp
Spread the love
Omotola Jolade Ekeinde has fans scrambling at Cinemas to get a piece of her in the latest movie, Alta Ego. Ediale Kingsley writes about a code war initiated by a social media terrorist and his dark wishes for the screen goddess.
The things we insult ourselves with are really as baffling as it can get. The things people who believe in God do, will hardly help in changing the belief system of an atheist.
Hold your blows and stones. I am yet to land.
Quickly I will highlight these things. But you must understand I am in no way condemning or judging you.  I am talking about those of you guilty of these points to be mentioned. You are not damned. I am only pondering aloud on your choices of actions.
Yeah, the emphasis that I am not sermonizing you just needed to be grand. Now, we may proceed.
A certain Godwin Ahmed would subject himself to socially bullying the revered Omotola Jolade Ekeinde.
You read me right, Omosexy was insulted and cursed on the social platform air ways.  Naturally, it made the news.
Should I begin to bore you with needless paragraphs of proofs that when Omosexy farts in her bedroom, bloggers and editors will make it a lead story?
This time, the verb was not on her, it was against her. She was wooed by a social media citizen, who obliged and swore by his dad’s head that he was going to love Omotola to a fault.
The fault included laundering Omosexy’s under wears. He took an oat to seeing through his ambition. But he was not to be helped by God. And so our screen diva really didn’t take him seriously. Then, Mr. Godwin Ahmed involved his own god, the devil.
ALSO SEE: See Wizkid’s Gucci Jacket worth close to a Million Naira
“Omotola only your death will give me satisfaction in life, after I told you to marry me that I will be washing your panties you went ahead to refuse and block me on Facebook, I swear for you today, this year you and your husband including all your four children must perish in a fire accident and all your dead bodies will be completely burnt to ashes”, the devil in him spoke and in few munites, he made headlines.
Now back to my intro, about how we have time for things we shouldn’t sweat about. The commenters, many who would take a punch for Omotola, some who semi-rightly thought the Ahmed-dude is high on cheap drugs or low on his malaria dosage and others who jumped on the presented opportunity to debate on two important issues; Civil War and Religious Tussle.
I care less about the first two groups. And also, I can’t really say I care about the last group. But I am intrigued by it. If you take away the intrigue, I probably won’t be doing this piece.
I am amazed by the attention they gave to a lunatic. But much more intrigued by the amount of energy and sparks accredited to the sub topic of the thread comments associated to the lunacy of a homeless man, who has decided to use a phone (probably stolen)  as he takes a night nap under some new bridge erected by Gov. Ambo.
I remember, my pledge not to judge nor condemn. So I will simply present the scenario and explain my concerns. As they bother on convincing an atheist that there is God. Either of the one believed by the Muslims or the one embraced by the Christians.
ALSO SEE: Obama’s Daughter, Malia shows off crazy dance steps, Rolls on the floor (Video)
In the comments session, where I first saw the Omotola story, a lady used a metaphor to link Ahmed to one of the prophets we uphold (in one of our key religion) in high esteem.
She really spat her metaphorical statement in a truly dirty and degrading manner. Alluding to a pathetic fallacy, that the prophet raped a 9-year-old girl. This is downright thrash from the pit of rotten nonsense.
Her comment went on to receive over 800 replies, as at the time I surfed on the messages. By now, I won’t be surprised if it has grown to thousands of replies. This is where I have a problem.
She got the unnecessary attention. As we attempted to inherit the lord’s battle. Many took out time to wish her death, some sent darts at Biafra since she bears an Ibo name, others showed their dark disgust, while I SMH in awe as I ponder on the length we go, to fight for the super natural fulcrum of our faith.
My point is this, we do not do so well when we fight for our God, of Christian or Muslim.
Let our God fight for himself. In the Quran, the prophet (pbh) in several narrations revealed that “the blessings of God is upon one who leaves matters that concerns them not”. I can also do a quote from the bible; “You shall hold your peace, and I shall fight for you”. Our God can always fight for Himself.
Share this on WhatsApp
Related Topics:Alta EgoMovieOmotola Jolade EkeindeSocial Media
Up Next

Over 80 flights to and from Pearson cancelled due to weather, staffing

NYSC Diary: Almost every meal that had the privilege of coming out of the kitchen had crayfish in it