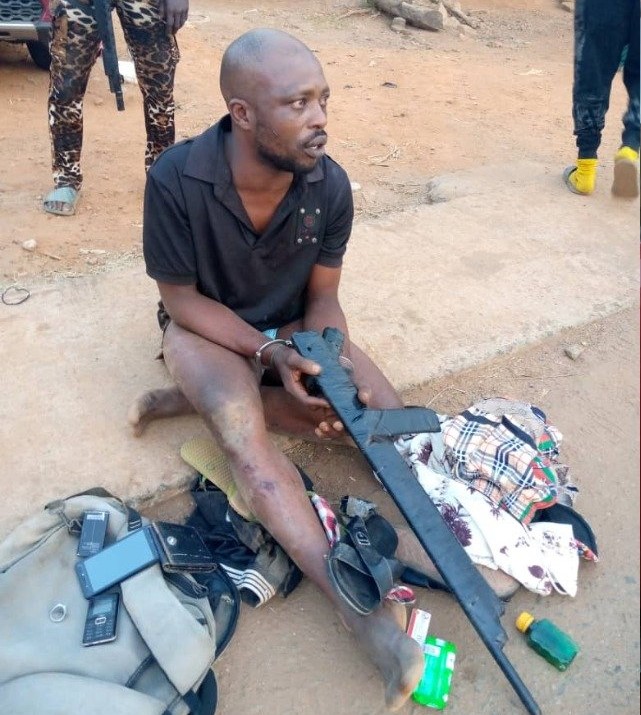 A gang of highway robbers operating along the Osu-Ondo highway had their last show Friday as their operation along happened about the time a joint team of Osun nd Ondo Amotekun corps patrolled the axis.

One of the robbers the security agents apprehended made confessions.

Others in the gang fled into the bush though their cover was already blown.

Wednesday, a J5 bus that was traveling from Lagos State with two passengers and conveying valuables was attacked at Osu/Ondo expressway.

The criminal said his gang was responsible.

He also revealed that their only weapon was a wooden gun carved like a semi-automatic rifle.