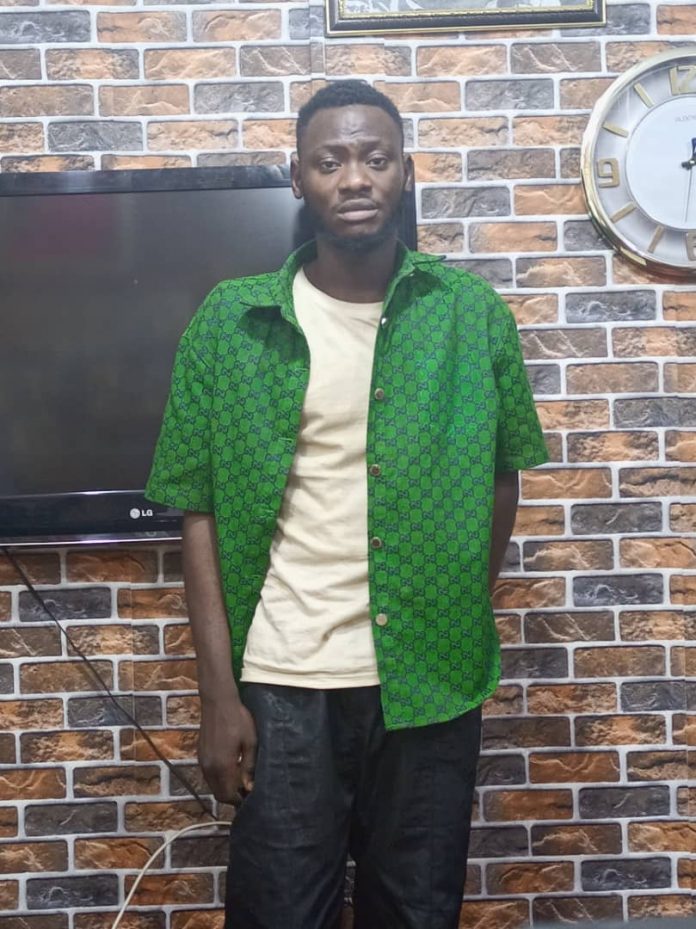 Police operatives from the Ogun State Police Command have arrested a 25-year old man, Adetoro Kazeem, for blackmailing and extortion to the tune of N7 million from one Gloria Ogunnupebi.

Kazeem, a resident of No 2, Paara street Alakia area of Ibadan was arrested following a report by Ogunnupebi at Obalende divisional headquarters Ijebu Ode that, in the month of May 2021, she received a message from a strange foreign number via a voice note on her WhatsApp that she should send the sum of two hundred thousand naira or else her nude picture will be uploaded on social media for public consumption.

In a statement signed by the DSP Abimbola Oyeyemi, PPRO, Ogun State Police Command, Ogunnupebi explained that to prevent the caller from exposing her to moral and public ridicule, she sent the said amount to him, with the hope that everything is over.

But surprisingly, the person continues demanding money from her every two weeks, and that she has extorted her up to the tune of seven million, three hundred and sixty three thousand, nine hundred naira (#7,363,900).

She explained further that she decided to report when she got tired of the continuous extortion and started contemplating suicide.

Upon the report, the DPO Obalende Division, SP Salami Murphy, mobilized his crack detectives to go after the suspect.

The detectives embarked on intelligence and technical base investigation, and successfully traced the suspect to his hideout in Ibadan Oyo state, where he was apprehended.

On interrogation, the suspect who confessed to committing the crime informed the investigators that he has many OPAY accounts with different names through which he used to receive money from his victims.

Meanwhile, the Ogun state Commissioner of Police, Edward Awolowo Ajogun, who commended the detectives for a well done job has ordered an in-depth investigation into the past activities of the suspect with the view to charge him to court as soon as possible.