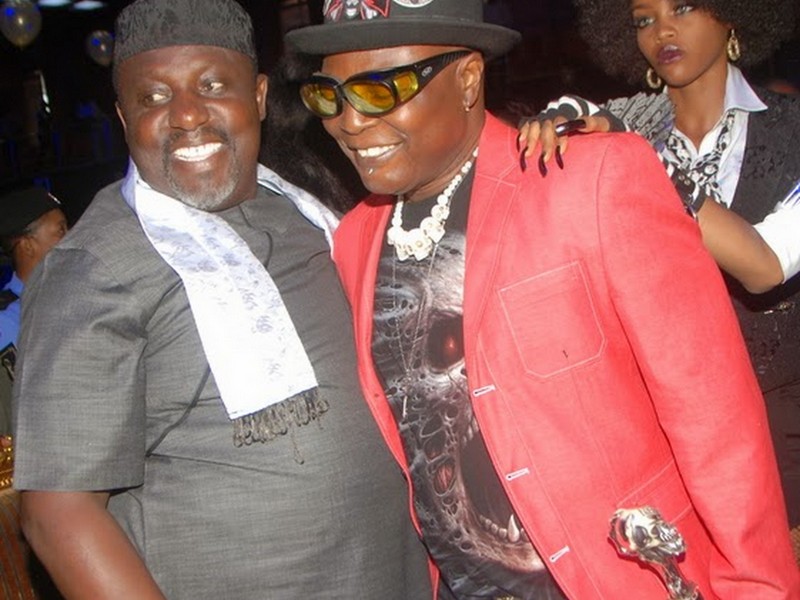 Share this on WhatsApp
Spread the love
Charles Oputa aka Charly Boy, Convener of OurMumuDonDo Movement, was hired by the enemies of President Muhammadu Buhari and Imo Gov. Rochas Okorocha to damage the reputation of the two men.
Mr. Sam Onwumeodo, Chief Press Secretary to Imo governor made the allegation in ststement issued during the weekend.
According to Mr. Onwumeodo, the attacks on the governor began during the state-sponsored burial of the late Justice Chukwudifu Oputa, Charly Boy’s father.
The state government said it built the road to his late father’s house as well as a High Court Complex named after the jurist.
“Charly Boy personally came to Government House to collect the fund. But before the burial, they told him that the former President had directed that he should not allow Governor Okorocha to talk at the burial service, not minding that protocol demanded that the governor should talk,” the statement added.
Charly Boy was reported to have snatched the microphone from Okorocha who came to honor the late jurist and who also gave money for the burial.
ALSO SEE: Obasanjo throws weight behind Buhari
“He did that to satisfy Governor Okorocha’s opponents and see whether that could help them in the 2015 election,” said the statement.
This year, the government said the activist was employed by Buhari’s opponents taking advantage of the illness of the President to demand for his resignation by protests.
Mr. Onwumeodo wondered if President Buhari was the first president to be ill for OurMumuDonDo Movement to demand his resignation.
“It is important to ask Charly Boy where he was for the 16 years the previous administrations mismanaged the fortunes of this country. And they have so greatly empowered him that today, he moves in lengthy convoy with not less than 15 assorted jeeps with an avalanche of security aides who look overfed,” said the Imo State governor’s spokesman.
He contended that the controversial relocation of Ekeukwu Market in Owerri and the death of a 10-year old boy are unrelated events.
“The demolition was on Douglas Road and the boy died at Mbaise Road by Wetheral Road, and nobody has proved us wrong over this claim. We have also claimed that the boy must
have died following the clash between some hoodlums and cultists, who clashed that day around the area the boy died while they were going to Ama-Hausa to loot after they had been prevented from looting around the relocated Ekeukwu Market,” Onwumeodo claimed.
He maintained that all Mr. Okorocha is doing is in the overall interest of the state, claiming that the people are happy with the governor.
The media handler also accused Lawrence Nwakaeti, Chairman, Owerri Branch of the Nigerian Bar Association, with whom Charly Boy met, of ignoring the issues raised by some members of the association against him when he was running to be elected chairman.
Nwakaeti is said to be a member of the All Progressives Grand Alliance (APGA) in Anambra.
Share this on WhatsApp
Related Topics:All Progressives Grand Alliance (APGA)Charles Oputa a.k.a Charly BoyGov. Rochas OkorochaOurMumuDonDo MovementPresident Muhammadu Buhari
Up Next