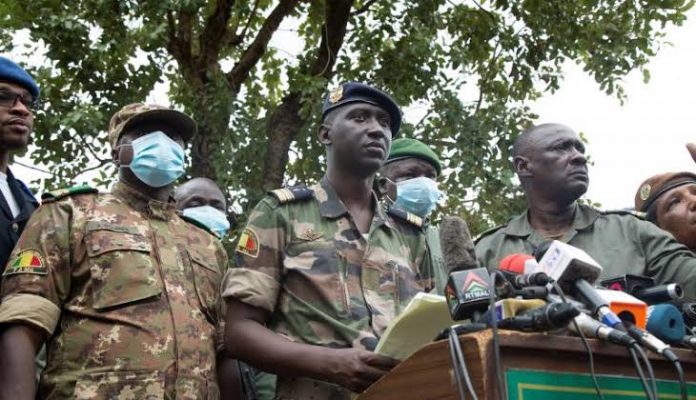 Since a 2012 coup, Mali has received significant security assistance from the United States, France, the European Union and other foreign donors to address violent extremism and insurgency and help stabilize the country. In the wake of the August military coup, it is clear that strategy has backfired—and that, in fact, the failure of international security sector assistance to prioritize governance likely contributed to the conditions that led to the coup. With the military now in control and the country facing an uncertain democratic transition, the mistake donors made prior to the coup is clear: They worked to develop Mali’s security capacity, but neglected governance of the security sector and beyond. If international donors, particularly the United States and France, want to help bring peace and stability to Mali—and the region—and achieve their own security objectives they will need to heed these lessons and change their approach to security sector assistance.

On August 18, after months of protests against the Malian government, officers in Mali’s army abducted President Ibrahim Boubacar Keita and Prime Minister Boubou Cisse. Hours later, Keita resigned and dissolved the national assembly as his military captors looked on. The military junta, calling themselves the National Committee for the Salvation of the People (CNSP), claimed to be protecting the interests of the Malian people by removing the unpopular leader.

Early hopes for a swift return to democracy soon faded as the junta announced a three-year transition and then were negotiated down to accepting a two-year transition.

After negotiations with ECOWAS, the West African regional body, the CNSP released their updated roadmap for the transition, which foresees an 18-month transition. An interim presidential selection committee selected former minister of defense and retired Colonel Bah Ndiaw as president of the transition and Colonel Assimi Goita, the leader of the CNSP, as vice president. The people of Mali are waiting to see if security will deteriorate further, if mediation efforts will be successful, and if and how the CNSP can be persuaded to restore an elected civilian government.

As the dust settles on the coup, it is safe to say that security sector assistance contributed to the conditions that led to it. The media was quick to note that coup leaders had recently received tactical training from the United States, France, and Russia. But the problem here is more complicated than training a few individuals.

Mali depends on foreign assistance to provide basic services, particularly in the security sector. As one observer noted, “The cost of replacing all foreign security support, from France, the United Nations and European Union, would amount to 75 percent of current government revenue.” But that security assistance is earmarked to advance donors’ interests. For major donors, including France and the United States, this means achieving the military defeat of extremists by increasing the capacity and lethality of the Malian military.

By contrast, those same donors have made only nominal investments in security sector governance to improve accountability to civilian authority, increase transparency and legitimacy, and ensure responsiveness to public needs. In 2020, Mali received nearly $79 million in U.S. foreign development assistance. Of this, only 1 percent was for democracy, rights, and governance, and only 5 percent for peace and security programming that is not direct aid to the security services, such as peacebuilding or conflict diversion or mitigation, despite the ongoing civil war. As the military got stronger over the past eight years, parliamentary oversight remained weak and Malian civil society lacked the access and expertise to be an effective watchdog.

Meanwhile, resources funneled so heavily to the Malian security sector—due to donor pressure on the Malian government to increase its own investment in military and police solutions to the nation’s challenges—eroded state legitimacy in the eyes of the public. Since a 2012 coup, Mali has more than doubled its military spending as a percentage of its GDP, even as insecurity hampered economic growth. Those increases in security spending left the government less able to provide badly needed public services like food, water, education, and economic development.

Foreign security assistance allowed, and in some cases encouraged, the government to pursue a security strategy that aligned with donors’ priorities, investing in driving out extremists or stopping illicit trade over protecting the Malian people. This order of priorities is nowhere more apparent than in the military’s increasing use of violence against civilians in the fight against extremists and in the lack of political will to hold security forces accountable. Large amounts of foreign security sector assistance weaken accountability between the government and its people and create opportunities for corruption. In the months of protests leading up to the coup, the lack of basic services, the government’s poor handling of the conflict, and corruption were among the most prominent grievance cited by leaders of the protest movement.

All of this led to an erosion of the strength and legitimacy of the civilian government in the eyes of the public, as well as impunity for alleged crimescommitted by security forces such as torture, forced disappearances, and killings. Without popular support for the government, and in the absence of strong checks and balances or effective oversight and accountability of security forces, coup leaders were able to seize power without fear of resistance from the public or from other government institutions. Government dysfunction and low popularity of leaders also provided the CNSP the cover to the claim that they were acting on behalf of Malians.

Mali’s Coup is a Warning

The coup in Mali shows the risks of poorly considered security sector assistance from big donors. Research shows that strengthening military effectiveness without reinforcing governing institutions makes coups more likely to occur and more likely to be successful—and it can increase the possibility of civil war.

The Global Fragility Act (GFA), passed late last year, committed the U.S. government to rethinking its approach to security sector assistance and cooperation. The GFA recognized that in failing to address the drivers of fragility, including improved security sector governance, the U.S. is in fact working against its own interests in fostering stable, democratic states. This new policy approach emphasizing the importance of governance is welcome; USIP’s “Justice and Security Dialogues” project in the Sahel and Maghreb reflects this investment in governance and accountability. (USIP has adopted a security sector reform strategy, which will share with policymakers lessons learned to ensure states are providing accountable, effective, responsive, and inclusive security.) Despite these commitments and some small investments in security sector governance, U.S. and French security assistance in the Sahel remains dominated by training and equipment transfers.

In neighboring Niger, the EU’s focus on preventing migration and France and United States’ focus on counterterrorism has distorted the nation’s security strategy in a similar manner to Mali. And in Burkina Faso, which also shares a border with Mali, a focus on counterterrorism has prevented a holistic security response to the violent extremism fueled security crisis and loss of government control of large portions of the country. With limited attention to peacebuilding and underlying grievances such as security sector abuse, land tenure disputes, and widespread cattle theft and banditry, trust in the Burkinabe government continues to erode.

Meanwhile, the Sahel at large has been experiencing democratic backsliding. Governments in Niger and Burkina Faso have made decisions that threaten to disenfranchise large portions of the population in the upcoming November elections and the presidents of Guinea and Côte d’Ivoire are currently seeking illegal third terms.

The region is extremely fragile with overwhelming governance and security challenges. The United States, France and the EU need to reconsider how to support stability in the region, and to move beyond improving the tactical capability of security forces. Despite a growing body of evidence underlining the need for change and clear guiding principles, international partners continue to make policy choices reacting to the hard security imperative at the expense of long-term peace. Ironically, by doing so, international donors contribute to continued instability, undermining their own security objectives and committing them to providing further security assistance to fragile states.

Instead, they should invest in strengthening governance, especially security governance and security force accountability. The coup in Mali provides an opportunity for the United States to shift to a long-term peace and security strategy focused on governance and supporting the Malian people to make security decisions and hold their government accountable for its actions. This approach would require a rebalancing of priorities from military training to diplomacy, and from tactical security assistance to supporting Malian-led efforts to strengthen security governance. 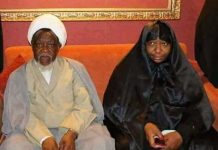 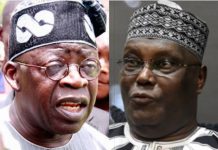 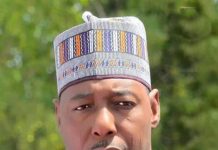