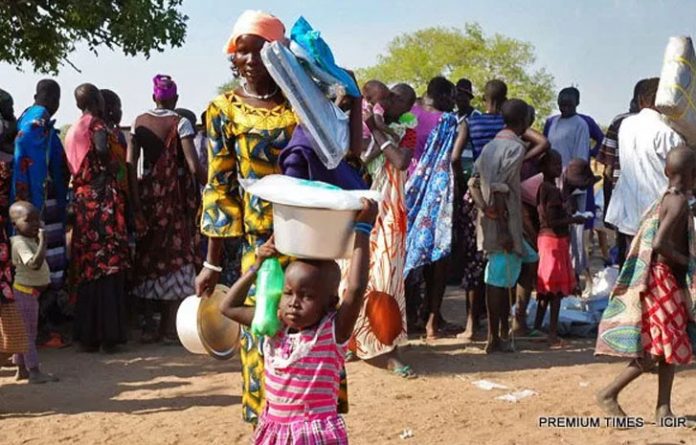 Human rights groups working to address humanitarian crisis in the terrorism-infested region of Nigeria’s Northeast, have revealed that both government officials, security agents and other camp managers have continued to subject both women and girls to sexual exploitation and abuses of varying degrees.

A report from Legal Defence and Assistance Project (LEDAP) in Abuja, decried the continued “transactional sex” which they said was destroying both women and girls in various Internally Displaced Persons Camps (IDPs).

The report said that while these vulnerable women and girls narrowly escaped terrorists and killers of their loved ones, they have fallen into the hands of sexual predators, who now trade food for sex, with items meant to be distributed free of charge in the camps.

According to the report, food items donated to the IDPs by government, international donor agencies, and humanitarian organisations were being hoarded and sometimes diverted by the camp managers.

It also stated that more worrisome was the fact that security agents detailed to protect the vulnerable people have also been fingered in this sordid situation, yet relevant government agencies have failed to show accountability, by thoroughly investigating and punishing the perpetrators of the sexual abuses.

It further revealed that even pregnant women have not been spared, as many of them are said to have been continuously raped in the presence of their helpless children. It was also learnt that both international and regional human rights bodies have, at different occasions, called on the Nigerian government to investigate, prosecute and punish perpetrators, but nothing has been done.

“International and regional human rights bodies have urged Nigeria to investigate, prosecute, and punish perpetrators of alleged sexual exploitation, including transactional sex in IDPs. Food distribution was under the authority of males, creating the conditions for sexual abuse due to scarcity of food.

“The government’s failure to respond to these violations has raised concerns that it has not prioritized its obligation to protect women and girls from SGBV or to hold those responsible accountable for their crimes,” the reports said.