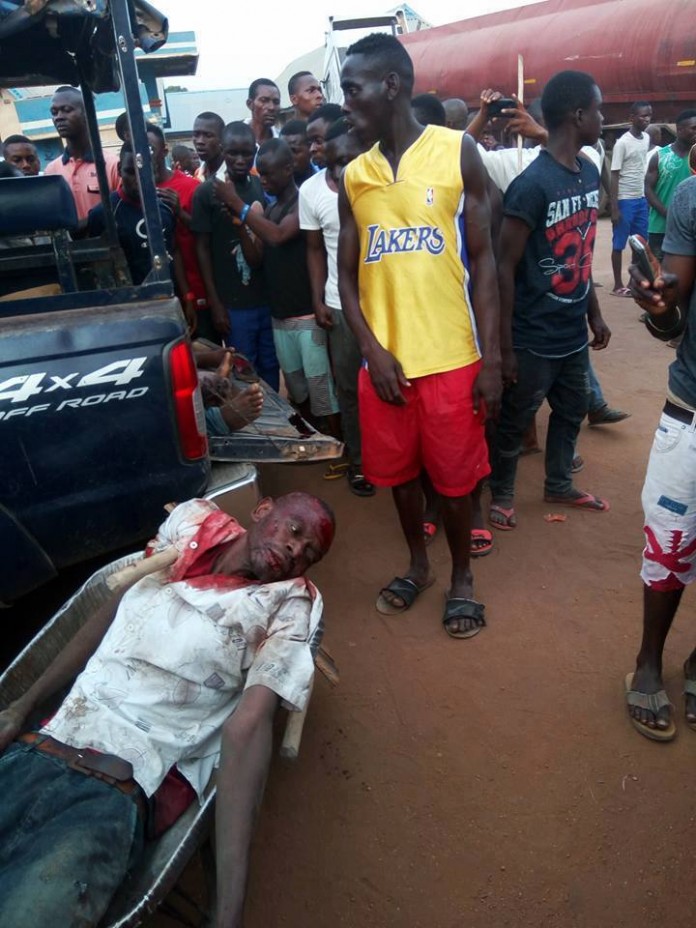 Share this on WhatsApp
Spread the love
Zaki Biam, a Benue state town was on Monday evening thrown into a circle of mourning as suspected Fulani herdsmen invaded the community killing over 30 people in a local market.
National Daily gathered that the gunmen were said to have entered Zaki Biam, in Ukum Local Government Area and shot down anyone in sight.
The killing happened one week after the Governor Ortom ordered herdsmen out of the state in the wake of massacre of 10 persons.
National Daily recalls that Agatu and other villages have been decimated by suspected Fulani herdsmen killing hundreds of people.
Narrating the tragic incident, the community leader, Chief Udam Wuhe, said more than 10 gunmen had about “5pm on Monday, stormed the town from TorTonda- Zaki Biam.
Wuhe said that the people of the community “counted no fewer than 30 dead bodies with several others injured and many houses razed”.

Zaki Biam, shares boundary with Wukari local government area of Taraba, North East Nigeria and they attacked the town on motorbikes and vehicles and immediately opened fire on anyone in sight.
Meanwhile, the State Police Public Relation Officer, Moses Yamu, confirmed the killing, but was silent on the number of people killed by the gunmen.
“We are yet to ascertain the number of those killed in the attack. Our men are already on ground there to restore normalcy to the area,” he reiterated.
Share this on WhatsApp