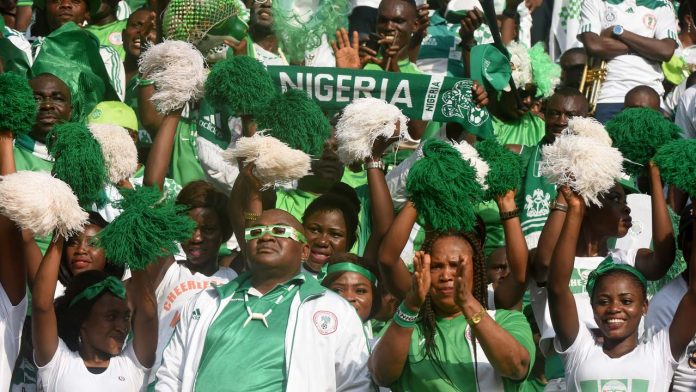 Share this on WhatsApp
Spread the love
National Chairperson, Nigeria Eagles Supporters Club, Kemi Ogunfuwa has honoured late Coach Stephen Keshi, describing him as “pitome of heroic Patriots”
Kemi who spoke from her hotel room in Asaba in preparation to cheer Super Eagles to victory in a friendly match between Nigeria and Zimbabwe coming up on Saturday said:
“I think the late Coach Keshi deserves all the accolades from every sports loving Nigerian and we in Nigeria Eagles Supporters club deeply appreciate the contributions of the late hero to the development of Nigerian foootball and we use this occasion to extol his virtues for serving the nation meritoriously.
“On behalf of Nigeria Eagles Supporters Club, I will like to honour our late Coach Stephen Keshi for his selfless and unquantifiable service he rendered to the nation’s football. He played for Nigeria, he captained Super Eagles and won many laurels including Nation’s cup.
ALSO READ:FIFA approves Stephen Okechukwu Keshi Stadium, Asaba for Uganda friendly
Keshi was one of the few heroes that won nation’s cup as a player and also as a coach. It’s conspicuously apparent  in our national anthem that the efforts of heroes past shall never be in vain, therefore, we give him a well deserved post humus accolades today in his as we celebrate our late hero “
Coach Keshi who was born on 23rd of January 1962 gloriously left this world on 7th of June, 2016. Big Boss as fondly called earned 60 caps for the Nigerian national football team, making him the nation’s second-most capped player at the time of his retirement. He represented the country at the 1994 FIFA World cup and the 1994 Africa Cup of Nations, captaining the Super Eagles to victory in the latter.
The Delta-born Manager who also played club football in five different countries, most notably Belgium, where he won the Belgian League Championship with R.S.C Anderlecht in 1991.
She prayed for the late hero to continue to leave in the bosom of the Almighty God and urge the upcoming footballers to take a cue from the big boss”.
Share this on WhatsApp