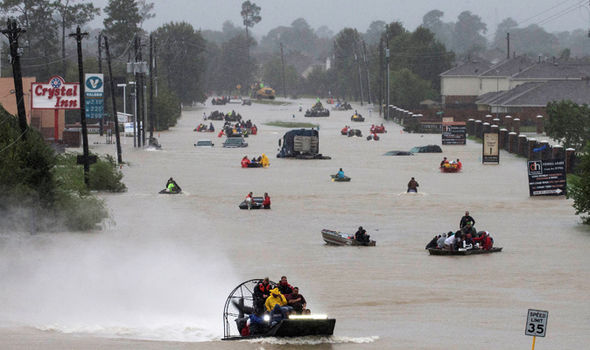 Following a flood disaster occasioned by Hurricane Harvey in Texas, United States of America, insurance companies who have taken possession of assets designated mostly as scrap will need to figure out how to get the best of whatever is left of the value of the assets.

Top on the items of assets to dispose of will be motor vehicles that have been submerged for days under devastating floods.  As was the case with Hurricane Katrina and Sandy, the route to market for these cars will be via the salvage auction.

Nigeria is said to be among the top destination for salvage cars from the US and also ranks as one of the top export destinations for used cars in the US. In fact, another data put the value of recent used vehicle export to Nigeria at about $99 million.

National Daily gathered that Nigerians are already gearing up to purchase thousands of these cars that will be sent to the salvage auctions by the insurance companies.

According to one account, the cars could be bought as cheap as $1000 in these auctions and will be purchased and shipped to Nigeria for repairs and resale. Some of the cars which have perhaps been damaged beyond repair are often dismantled and their parts removed and resold as second-hand items.

Whilst some of these cars are expected to be cheap and within the reach of millions of working class Nigerians, experts believe cars salvaged from natural disasters such as floods are hardly ever okay.

They opine that the damage done to the electrical parts of the cars are irreparable and will cost eventual owners hundreds of thousands of naira in incessant repairs till they are sold off to another innocent onlooker. Also rust to other parts of the vehicles will also lead to incessant repairs reducing the value faster than any other reason.

To avoid being a victim, it is advisable to check National Motor Vehicle Title Information System, a database of the status of cars populated insurance companies and states.

The website is freely accessed and can be used to verify the historical status of vehicles, especially those that may have been ravaged by floods. Nigerians can access this website to check the status of cars bought second-hand, especially those bought later this year and early next year.