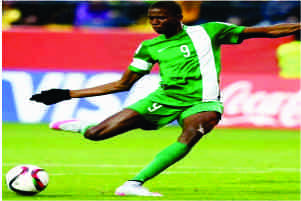 17-year-old Victor Osihmen was the cynosure of all eyes at the recently concluded FIFA U-17 World Cup.  The gangling striker not only emerge the highest goal scorer in Chile but his ten goals broke the competition’s long standing record. His selection for the U-23 team that is in Senegal confirms his rising stock. He discusses his resolve to become a top star in the game with ESTHER EGBE

Share this on WhatsApp
Related Topics:FIFA U-17 World CupVictor Osihmen
Up Next

Milner: Liverpool are getting better