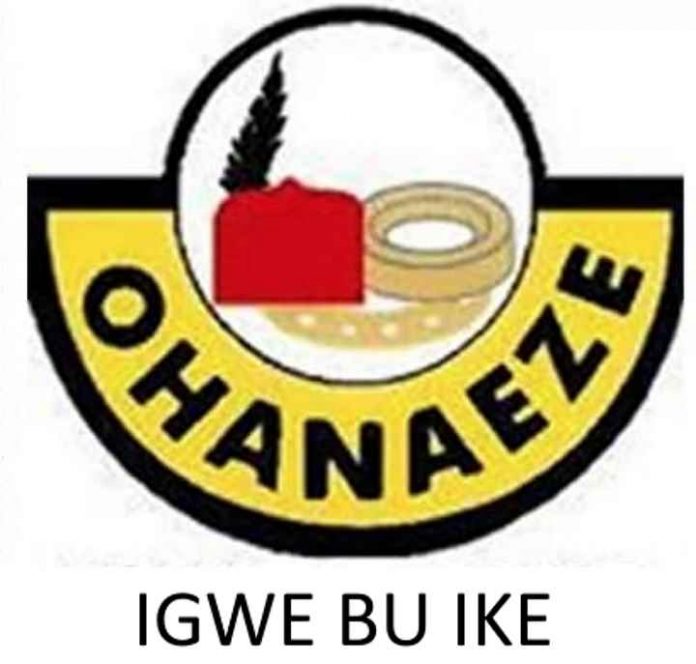 Youths from the Southeast region have demanded that the Presidency of the country be zoned to the region comes 2023, nothing that anything done otherwise is like swimming against the tide of the curriculum of democracy in Nigeria.

The youths, under the umbrella of the Coalition of South East Youth Leaders (COSEYL) demanded that the ruling All Progressives Congress, APC, and the Peoples Democratic Party, PDP, should cede the presidency to the South East zone in 2023 at the expiration of the tenure of the incumbent President, Muhammadu Buhari.

This was contained in a statement issued by the President-General of the group, Chief Goodluck Ibem, and made available to newsmen in Umuahia on Saturday.

The Coalition warned that those clamouring for the North to take the presidency after eight years of Buhari’s presidency, are not patriotic, but place their personal gain and aggrandisement above the survival, progress and success of the country.

The youth leaders maintained that the zoning arrangement was borne out of doctrine of necessity designed as democracy bond with the sole objective of creating a sense of belonging, harmony, happiness, peace and unity for our dear country Nigeria.

“Elder statesmen and Nigerian patriots knew that the best thing to do in order to keep the peace and unity of this country was to create the zoning arrangement by proclaiming that the highest office, which is office of the president, should rotate between the South and the North.

“It started with the South West in 1999; in 2007 Alhaji Umaru Musa Yar’Adua took the mantle. After the unfortunate exit of President Yar’Adua, President Goodluck Jonathan from the South South took the mantle and handed over to President Muhammadu Buhari from the North whose tenure will end in 2023.

“Now the rightful zone that deserves the seat is the South East geo-political zone after the tenure of President Buhari in 2023. The zone has not occupied the elevated office and 2023 is the ample time to right the wrong.

“Zoning when it was introduced in 1999 did the magic of strengthening the bonds of amity and peaceful political transitions, why should it be thrown away now that it is the turn of the South East zone?

“The 20 years of Uninterrupted democracy in this country Nigeria is as a result of zoning arrangement. Despite our different languages, religion and tribes, we are able to remain one simply because of the zoning of the office of the president. Different geopolitical zones feel secured, recognized, respected and an integral part of the country. It gave self-esteem to different geopolitical zones in the country.