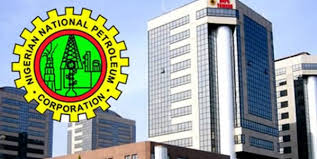 The pro Igbo socio-political organisation, Ohanaeze Ndigbo, has appealed to President Muhammadu Buhari to revisit the recent re-organisation at the Nigeria National Petroleum Corporation (NNPC) in the interest of peace, unity and good governance.

Recall that last week, the NNPC had redeployed top executives across the value chain of its operations. A total of 55 top management staff were affected in the exercise.

Under the new arrangement, Roland Ewubare, formerly MD of the Integrated Data Services Limited, IDSL moves to the National Petroleum Investment Management Services, NAPIMS as the new Group General Manager while Diepriye Tariah, former GGM and Senior Technical Assistant to the NNPC GMD takes over from Ewubare as MD of IDSL.

In the same vein, Muhammed Abah, until recently, the Executive Director Operations of WRPC succeeds Ladenegan as MD of Warri Refinery.

Other changes include: Usman Yusuf who takes over as GGM/STA to the GMD, Adeyemi Adetunji confirmed as MD NNPC Retail alongside Dr. Bola Afolabi who now functions as GGM in charge of Research and Development Division of the Corporation.

Dr. Shaibu Musa was promoted MD of the NNPC Medical Services Limited while Ibrahim Birma is the new GGM in charge of the Corporation’s Audit Division now renamed Governance, Risk and Compliance Division.

In a statement made available to National Daily and signed by its President-General, Chief John Nwodo, the group described as appalling the consistent and unrepentant disposition of alleged disdain for the Southeast by Buhari’s administration as copiously displayed in the recent exercise at the NNPC.

The Ohanaeze Ndigbo said it had thought that after the President’s declaration in a recent broadcast that Nigeria’s unity was settled and not negotiable, that he would take all necessary actions to achieve it, adding that the NNPC shake up has not shown that the administration meant what it said.

Nwodo said that Buhari’s administration has shown in the new managers just announced, tilting clearly in favour of the North with the Southeast ignored as has always been the case since he came on board, has no plan to achieve the desired cohesion in an already fragmented nation.

The Ohanaeze chief noted: “This brazen disregard, marginalisation and non-compliance with the federal character provisions in our constitution are the causes of lack of confidence which our youths have in our present governance structure.

“There is no oil well anywhere in Northern Nigeria. Four of the five states in the Southeast have proven oil resources some of which provide our nation’s revenue yet our people are not found fit to be adequately represented in a key corporate institution like the NNPC.

EFCC traces 8 assets to Ibru, 2 to Diezani in Dubai

Things you need to know about USSD mobile banking services