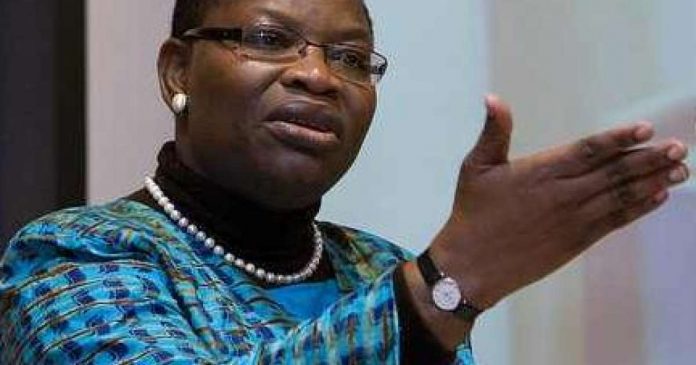 Presidential candidate of the Allied Congress Party of Nigeria (ACPN) in the upcoming 2019 elections, Dr. Obiageli ‘Oby’ Ezekwesili, has urged voters to choose her over President Muhammadu Buhari and Atiku Abubakar of the PDP because she is better suited to turn Nigeria’s economy around and set same on an upward trajectory.

During a press conference in Lagos, Ezekwesili, said if elected, her presidency will get to work immediately lifting a minimum of 80 million Nigerians out of debilitating poverty.

She also took a swipe at Vice President Yemi Osinbajo over a statement credited to him that handing bailouts to states was one of the achievements of the Buhari administration.

Speaking at the Nigerian Economic Summit last week, Osinbajo had highlighted in his speech that giving money to states to pay salaries was a major focus of the federal government.

He also said the federal government has allotted 30 percent for capital expenditure in annual budgets since 2016.

However, the Ezekwesili Campaign Organization said in a  statement that, “It is one thing to allocate 30% for capital expenditure, but what is most important is how the budget performed, and we all know that the performance was dismal as usual. Even the minister of finance revealed last month that just about 50% of the revenues projected by the government in the last budget was actualized. That is one more example of an under-performing government.”

She has described as ‘shameful’ the impression being created by the federal government that handing bailout funds to state governors to pay salaries is a focus and an achievement of the Buhari administration.

The former Vice President of the World Bank for Africa and co-convener of the Bring Back Our Girls (BBOG) movement, said such bailouts amount to “using a plaster to treat cancer”.

Ezekwesili described the Buhari/Osinbajo administration as one which has presided “over the worst economic recession Nigeria has seen in decades.”

Nigeria emerged from its worst recession in 29 years in September of 2017, but growth has remained sluggish and inflation is still at double digits.

Ezekwesili, 55, often refers to Buhari and Atiku as Siamese twins with nothing new to offer the country should either of them win the popular vote in February of 2019.

She has coined “BuTiku” to portray how both candidates are one and the same thing.