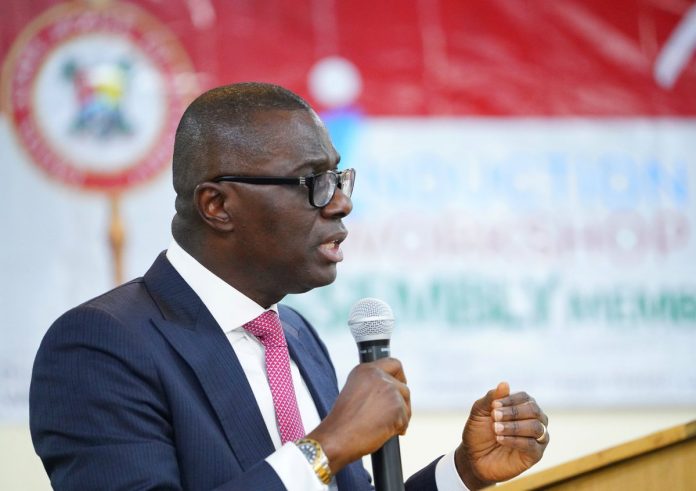 Managing various aspects of Lagos State environment, which include sanitation, flooding and drainage system, crime, among others, has been a herculean task for the State Government because of rapid urbanization and the cosmopolitan status of Lagos. Lagos State, besides being an aquatic state on the continental shelf of the Atlantic Ocean, also has a pool of high population, which has multiplier effects on infrastructures and the environment.

The development of a functional drainage system for evacuating surface water after rainfall has not ‘match up’ with the recurrence of flooding in Lagos years after drafting a Master Plan on drainage in the state. The perennial flooding in Lagos State has continued to have devastating effects on the economy and environment of the State.

Investigation by National Daily into the persistence of flooding in Lagos State despite efforts of successive governments to improve the drainage system, revealed that improper construction and poor maintenance of drain channels in several locations across the state, hypothetically, constitute primary obstructions to the flow of surface water during rainfall. Human factors, industrial wastes, emergence of New Towns in the outskirts of the city, etc., were detected to tentatively constitute secondary obstructions and causes of perennial flooding in Lagos State.

In spite of the noble intentions and commitment of the Lagos State Government, flooding has continued to be a recurring Phenomenon in the State; the only exception is for there not to be rainfall in a particular year. 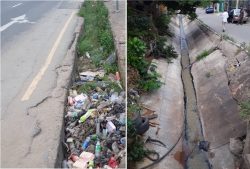 The National Daily investigation identified three structures of drainage system across the state – the primary drainage, evacuation of rainwater from residents to the streets, handled directly by property owners; secondary drainage, draining water off the streets to major roads, handled by local governments, in some instances in collaboration with Community Development Associations (CDAs); and tertiary drainage, draining water off the roads to concentrated destinations like canals or into the lagoon and the Atlantic Ocean, being managed by the state government, in some instances supported by big businesses in industrial estates and international development interventionist or humanitarian agencies. The three structures function optimally in the urban settlements, relatively in the urban periphery and minimally in the hinterlands.  In certain locations, particularly, where residential estate exists, CDAs stand in the gap for residents and the local government for drain management in the estate.

The Office of Drainage Services in the Ministry of Environment and Waters Resources is responsible for drain management in Lagos State. While contractors are appointed for construction of drainage channels, the Emergency Flood Abatement Gang (EFAG) in the ministry is assigned the responsibility of maintenance of the drainage system.

The Lagos State Commissioner for Environment and Water Resources, Tunji Bello, at the 2021 Ministerial Press Briefing at Alausa, Ikeja, on the second anniversary of the administration of Governor Babajide Olusola Sanwo-Olu, stated that “Lagos State has moved from the notoriety of a flood ravaged coastal city to one with cleaned, dredged and free flowing drainage channels all year round.”

The Commissioner disclosed that contracts have been awarded for construction of new drainage channels in 47 strategic locations, highlighting that work at 12 locations are 100% completed, 17 locations at above 80% and 18 at above 50% completion.

The Commissioner further stated that “the EFAG Gang has carried out routine maintenance, cleaning and emergency de-flooding interventions on approximately 307km length of both Tertiary and Secondary Drains all over the State in the last one year.”

The Commissioner also said that 1663 contravening structures were identified in some Local Government monitored for contravention of drainage alignments and setbacks, saying that removal has commenced with about 84% completion.

However, flooding is still observed in several parts of the state even with the highlighted performance of the state government.

The sketch map of the Lagos State Drainage Master Plan identifies both micro and macro drain channels from various locations of the state to coastal locations of Ikorodu, Epe, Lekki, Lagos Island, evacuating water into the Lagoon and the Atlantic Ocean. This is supplemented by several inland canals and ditches.

According to the state government, the Lagos State Ministry of the Environment commissioned a Consultant, Dar, to design the Drainage Master Plan for the State. Dar further developed a Pilot Area Integrated Infrastructure System.

In the preparation of the framework, the consultant, and the government “conducted site investigations, determined priority areas for drainage works, and prepared an estimate for the cost of the project and the recommended action plan.” They further prepared an integrated infrastructure design and tender documents for a 1 km2 pilot area, providing technical assistance in the process.

The Ministry also provided hands-on support to provide a functional drainage system in Lagos State with the goal to guarantee life that is far less disrupted by floods for residents of the state.

In spite of the noble intentions and commitment of the Lagos State Government, flooding has continued to be a recurring phenomenon annually in the State; the only exception is for there not to be rainfall in a particular year.

In spite of the noble intentions and commitment of the Lagos State Government, flooding has continued to be a recurring phenomenon annually in the State; the only exception is for there not to be rainfall in a particular year.

Beyond the urban centres and urban periphery, communities in Ogolonto, Labaka and the environs in the precincts of Ikorodu; including Ajangbadi, Iyana, Shibiri, and other rural communities toward Badagry, sometimes abandon certain roads to flood during rainy season. They lack planned drainage system in their environment.

At several locations, some mega drain channels were constructed on parallel or level floors, not stimulating flowing of collected water, therefore, storing the surface water rather than draining the water to other locations off the channels. Some others that link or connect other drain channels – points of supply or evacuation chain – are wider and deeper in size than the receiving drain channels. Accordingly, the draining of surface water is not only slowed at such points, but large quantities also cannot be evacuated from the supply channel and get stored for hours, days or more. At most locations, such becomes the final destination of the water. Thus, the drain channels constructed to evacuate rain water suddenly become reservoirs for water storage on the roadside. With persistent rain, the drain channel gets filled to capacity and the water overflows into the environment, and then, flooding occurs. This occurs mostly in the urban periphery of the state.

At certain locations, the ditches on the roadside are seldom linked to nearby larger channels for proper drainage, forcing the water to overflow into the roads. This is typical of the Alade axis of Allen Avenue. 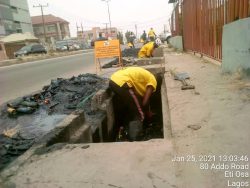 The obstacles from the improper construction of drainage channels, make the human factor functional in drain blockage following irrational dumping of waste, plastic objects, and others.

Secondly, maintenance or cleaning of drainage is not only slow but appears to be a random exercise by the state government. Several drain channels were being abandoned for a long period and have become growing spots for plants and grasses. These were spotted in several parts of Ikeja, Apapa, and other locations.

Most drainage channel abandoned for a long period have also been damaged or broken and left not repaired. The block particles take up good spaces in the drain channels, providing ‘holding points’ for particles floating with the surface water, and constituting blockage or obstruction at such locations.

At several other locations, sand and wastes have taken up over three-quarter space of the drain channel, leaving less than one quarter space for water passage. Water easily overflows the drains into the roads within minutes of rainfall. Several parts of Surulere, Ikeja environs, extending Ogba, Agege, etc., are remarkable for this occurrence.

The cumulative effect identified during this investigation is that the malfunctioning of the drain channel at a particular point could cause devastating inconvenience or damages to environments outside the immediate location or community of primary obstruction. The drain obstruction gradually accumulates water within the environment, then, begins to ‘push back’ water from the floating locations, which subsequently degenerates into flooding on the roads, streets, or extending to residential buildings or offices.

The major source of flooding in Lagos has been rainfall, and this mainly occurs in low lands. Though, Lagos is an aquatic state, it has not encountered flooding from overflow of river banks. Though, exceptional cases were noticed in some communities in Ikorodu where residents build houses at river banks. 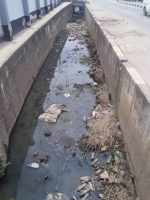 Also, the occasional period of ocean surge where there was overflow from the Atlantic Ocean through the Bar Beach into some parts of Victoria Island, was brought under firm control by former Governor Babatunde Fashola many years back.

entially, in Ifako-Ijaye, Ojodu LCDAs, as well as some parts of Surulere and Ajeromi Ifelodun LGs.

At the time of this report, EFAG operatives were also sighted on duty in several parts of the state, from Opebi in Ikeja, to Surulere and some areas on the Island to safeguard the state for the 2021 rains.

Meanwhile, the Lagos State government has identified residential, or office buildings constructed on drainage channels in some parts of the state, and these, as the Environment Commissioner earlier said, have been marked for demolition.

Other secondary factors include rapid population growth, development of New Towns as a result of rapid urbanization. 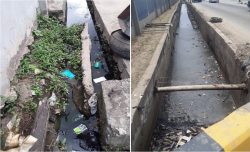 The budget for drain operations and the staff capacity are critical factors requiring the consideration of the state government in improving the drainage system and containing flooding in Lagos State.

The investigation further revealed that businesses and individuals have encountered losses over the years due to perennial flooding in the state. 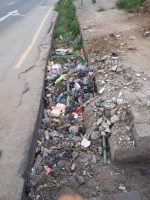 vironment and Waters Resources, Tunji Bello, during this investigation, but the Commissioner sent his word through the Director of Public Affairs two weeks after the request, that he was not available for interview.

Meanwhile, a Lagos State with a functional drainage system and free of flooding is possible but requires proper construction of drain channels, regular maintenance, adequate budget, and higher staff capacity.