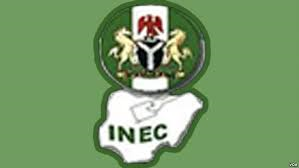 This is contained in a statement signed by the Secretary to the Commission, Mrs Augusta Ogakwu in Abuja.

The RECs affected in the redeployment according to the statement were Dr Lawrence Azubuike who was redeployed from Ebonyi to Anambra Anambra, Dr Ogbudu Ada was moved from Imo to Akwa Ibom while Sylvester Ezeani was redeployed from Cross River to Abia

It added that the commission had also approved the redeployment of Mr Sam Olumekun from Ekiti to Edo and Mrs Gesila Khan was moved from Rivers to Cross River.

Also redeployed were Mr Austin Okojie from Akwa Ibom to Bayelsa; and Baritor Kpagih from Bayelsa to Delta.

The commission also approved the redeployment of Mr Habu Hinna from Yobet to Taraba while Mr Ikoiwak Abasi was redeployed from Delta to Rivers.

The statement said the re-deployment would be with immediate ans directed that the handing-over must be concluded on Feb. 2.