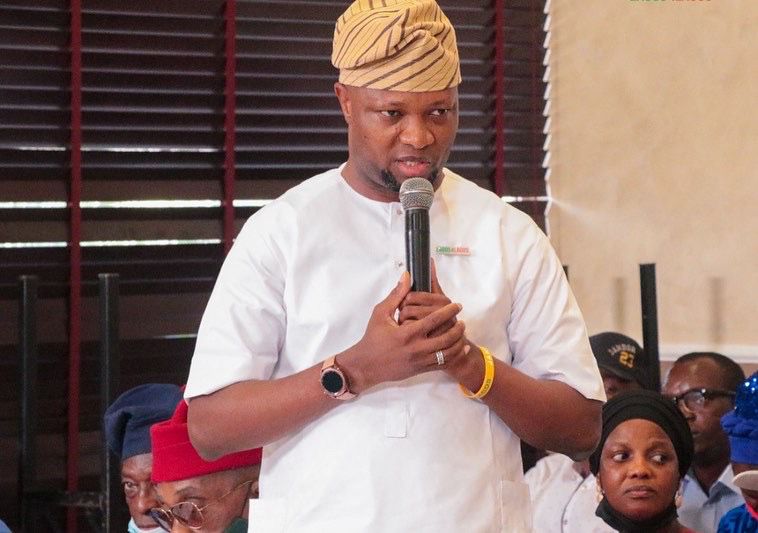 Jandor commiserates with APC, Lagos Assembly over Lawmaker’s death
Share this on WhatsApp
Spread the love

The PDP in Lagos State has commiserated with the APC and the state Assembly over the sudden death of Mr Abdul-Sobur Olawale, lawmaker representing Mushin Constituency II.

The PDP Publicity Secretary in the state, Mr Hakeem Amode in a statement on Thursday, said the opposition party and its Governorship Candidate, Dr Abdul-Azeez Adediran, joined the ruling party in mourning the late lawmaker.

“We commiserate with the family and members of the APC in Mushin local government area and we pray that God will grant them the fortitude to bear the irreparable loss.

“On behalf of the state executives, our gubernatorial candidate and entire members of the Lagos state PDP, please accept our heartfelt condolences,” he said.

He prayed God to forgive the shortcomings of the deceased and grant him Aljanna Firdaus.

The News Agency of Nigeria recalls that the deceased until his death on Tuesday, was the chairman, House Committee on Local Government and Community Relations.

He was reported to have slumped at the Rwang Pam Township Stadium in Jos, Plateau, at the official kick-off of the APC Presidential Campaign for the 2023 general elections, from where he was rushed to a nearby hospital and later confirmed dead.

The remains of Olawale was laid to rest at the Ebony Vaults, Ikoyi on Wednesday.