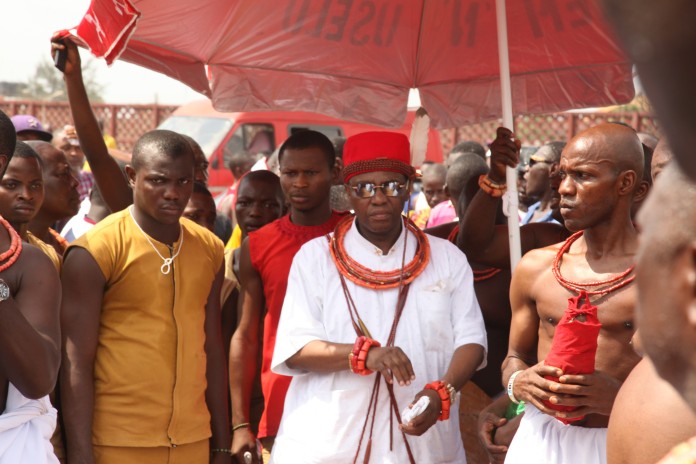 The Oba of Benin Heir Apparent, Crown Prince Eheneden Eredaiuwa, has been formally installed as the Edaiken N’Uselu in Benin City.

The event which was out judged historic had the Benin Royal Prince journey from his private residence, to Oba Palace where he was installed before the long trek to Edaiken Palace, otherwise known as Egua Edaiken N’ Uselu.

It would be recalled that, the crown prince was recently initiated into the Iwebo palace society which is the most senior of the palace society amongst. The Ceremony had the Crown Prince walk in his Regalia through major streets within the metropolis to the ancestral Egua Edaiken,where he will reside for a period of time to complete the cycle of activities.

Prior to his installations as the Edaiken N’ Uselu, series of traditional activities were carried out at the Palace of the Oba of Benin in commemoration with the culture of the land.

The ceremony which describes the rich culture of the Benin Dynasty attracted prominent Traditional rulers, palace chiefs, government functionaries, market women, top politicians, the civil societies amongst others across the length and breath of the state.