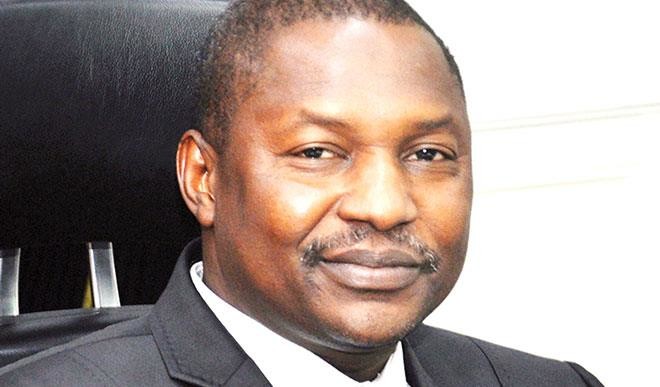 Kebbi State Youths, under the aegis of the All Progressives Congress (APC) Youths Support (KYS), Wednesday staged a peaceful protest demanding that Abubakar Malami, the Attorney- General of the Federation and Minister of Justice, should contest for governorship position in the state.

The News Agency of Nigeria reports that the youths carried placards with inscriptions such as, “We in Kebbi are unanimous for Malami’s project”; “Constitution is superior to Electoral Act”; “Malami is Kebbian” and “Baba Buhari, please allow Malami to run”, among others.

The Chairman of the group, Malam Muhammand Ruwa, who made their demand known at the end of the protest in Birnin Kebbi, said the youths are pleading with Malami to rescind his earlier decision not to contest.

“We are calling on Malami as youths from the 21 local government areas of the state to listen to our demands and recant his earlier decision, and come and contest in order to continue with the developmental projects the APC-led government has started,” he said.

The group threatened to use legal action to press home their demands if Malami refuses to heed their demand.

Ruwa described Malami as a person with sterling leadership qualities and who assisted his people tremendously.

Speaking on behalf of women members of the group, the Woman Leader, Hussaina Sa’idu, called on Malami to contest the governorship position.

She said the minister, through his Non Governmental Organisations (NGOs), had impacted the children and empowered the people, especially the women.

“His programmes empowered and have continued to mobilise the people of the state, especially the women to improve on their standard of living,” Sa’idu said.

Responding, Alhaji Yahaya Koko, the Manager of Kadi Malami Foundation, assured the group that he would channel their demands to the minister for consideration.

“Malami is a leader that every state wants to have as its governor, considering his immense contributions in poverty alleviation and provision of social amenities to people in remotest areas.

“He has empowered unemployed youths and women as well as small and medium-scale farmers, businessmen and women, among others, in the state.

“We appreciate your concern and love for Malami and we assure you that your message will get to him promptly.

“It is our hope and prayer that he will consider your demands and rescind his earlier decision,” Koko said.