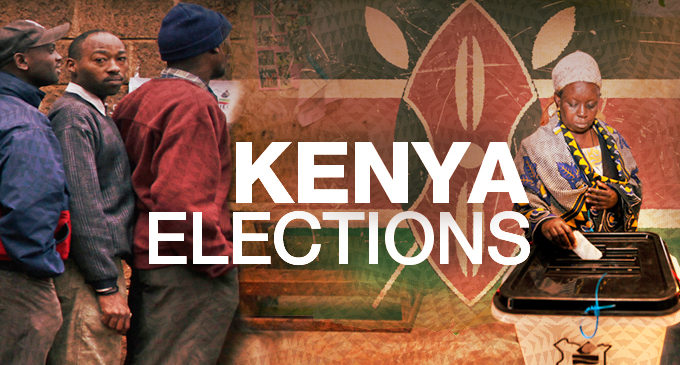 Kenya faces an extended period of uncertainty after the Supreme Court tossed out the results of last month’s presidential election in a stunning decision that’s unprecedented in Africa.

The judges ordered a new vote to be held within 60 days, opening an intense campaign at risk of being marred by violence.

The news sparked celebrations in the capital, Nairobi, and in Kisumu, stronghold of opposition presidential candidate Raila Odinga, who said the ruling marked “a historic day” for the people of Kenya. President Uhuru Kenyatta, winner of the annulled vote, said he disagreed with the decision but would respect it.

With its decision that the electoral commission failed to conduct a fair vote, the six-judge court demonstrated its enduring independence from the government of the day.

The ruling Chief Justice David Maraga read out Friday to a packed Nairobi courtroom was a damning rebuke to the electoral commission, which repeatedly denied opposition claims that hackers rigged the vote results on its computer systems.

“This is an extraordinary ruling,” said Jibran Qureishi, East Africa economist at Stanbic Holdings Ltd. “If anything, it affirms our narrative regarding institutional strength and maturity.”

The outcome of the new vote is too close to call, with the same officials who ran the last one probably remaining in charge of the rerun, said Phillip O. Nying’uro, chairman of the department of political science at the University of Nairobi.

“The ruling leaves the authorities with little time to improve or reform the scandal-plagued election commission, which may throw doubt on the result,” he said. “Opposition supporters –- whose distrust in the voting system appears to have been validated –- may see another win for President Kenyatta as proof that the authorities are conspiring against them.”

Kenyan shares tumbled and the currency dropped after the court ruling, reflecting perceptions that prolonged elections will mean continued uncertainty, said Razia Khan, chief Africa economist at Standard Chartered Plc in London. The benchmark stock index closed down 1.2 percent, while the shilling weakened 0.1 percent against the dollar. Safaricom Ltd., the country’s largest company, dropped as much as 10 percent, the biggest decline in a year.

“A re-run of the election will contribute to more uncertainty and prolong any return to business-as-usual, allowing the focus to shift back to the economy,” Khan said. The government expects growth to slow to 5.5 percent this year, from 5.8 percent in 2016.

Odinga, a former prime minister, waged unsuccessful presidential campaigns in 1997, 2007 and 2013. The Supreme Court threw out his allegations of rigging in the 2013 vote that propelled Kenyatta to power, a ruling Odinga has previously described as a “travesty of justice.”