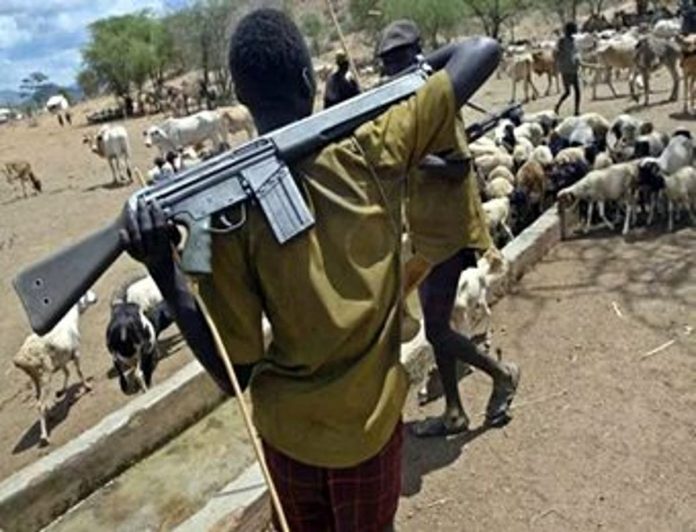 The senator representing Benue North West, Orker Jev Emmanuel has warned that Nigeria is at risk of serious famine over the activities of killer herdsmen on farming communities around the country.

Senator Jev who spoke in Makurdi warned that since the people had been sacked from their ancestral homes by the marauders and could no longer produce foodstuff that were usually distributed across the country, there would be hunger in Nigeria, thereby worsening the state of insecurity nationally.

“The consequence of these attacks and displacement of the farming populace is that the people will be going hungry and will not be able to feed themselves let alone feed other people in the country who get food supplies from Benue state.

“It goes without saying that not just Benue but Nigeria is in trouble. Ordinarily in normal times if you go to Kano, Benin, Lagos, or other big cities you find Benue farm produce, yam, soya bean, corn, millet, tomatoes, pepper, and other foodstuffs.

“But what you have now is a large population of the people displaced from their ancestral homes and farmland by armed herdsmen and are now staying in IDPs camps and living on charity.

“You know what a hungry person can do. He can go to any extent to feed himself and his family. So we shouldn’t take this as disconnected acts. The trajectory is there for us to see, if you have food insecurity it is going to heighten the already bad security situation that we have in the land.”

“Fortunately Benue has in place an anti-open grazing law that would have effectively checked the activities of these marauders. But again if you have the federal Police with a responsibility of enforcing all the laws in the land, it doesn’t have to be only the federal laws, it has to be state laws too.

“But when you have the federal authorities who are not keen about the law, it doesn’t surprise me that the level of enforcement of that law is lackluster. Even from information available to me, we have recorded successes with the law but not the way one would have expected, especially around the border communities.

“A lot of these people are going around in the bushes with their cattle armed with AK47 rifles in the Local Governments like Guma, Agatu, Buruku, Gwer West, Makurdi, Kwande, Logo and several other Local Government Areas in the state killing and sacking the people from their homes. And you have security people that are not ready to confront them.”