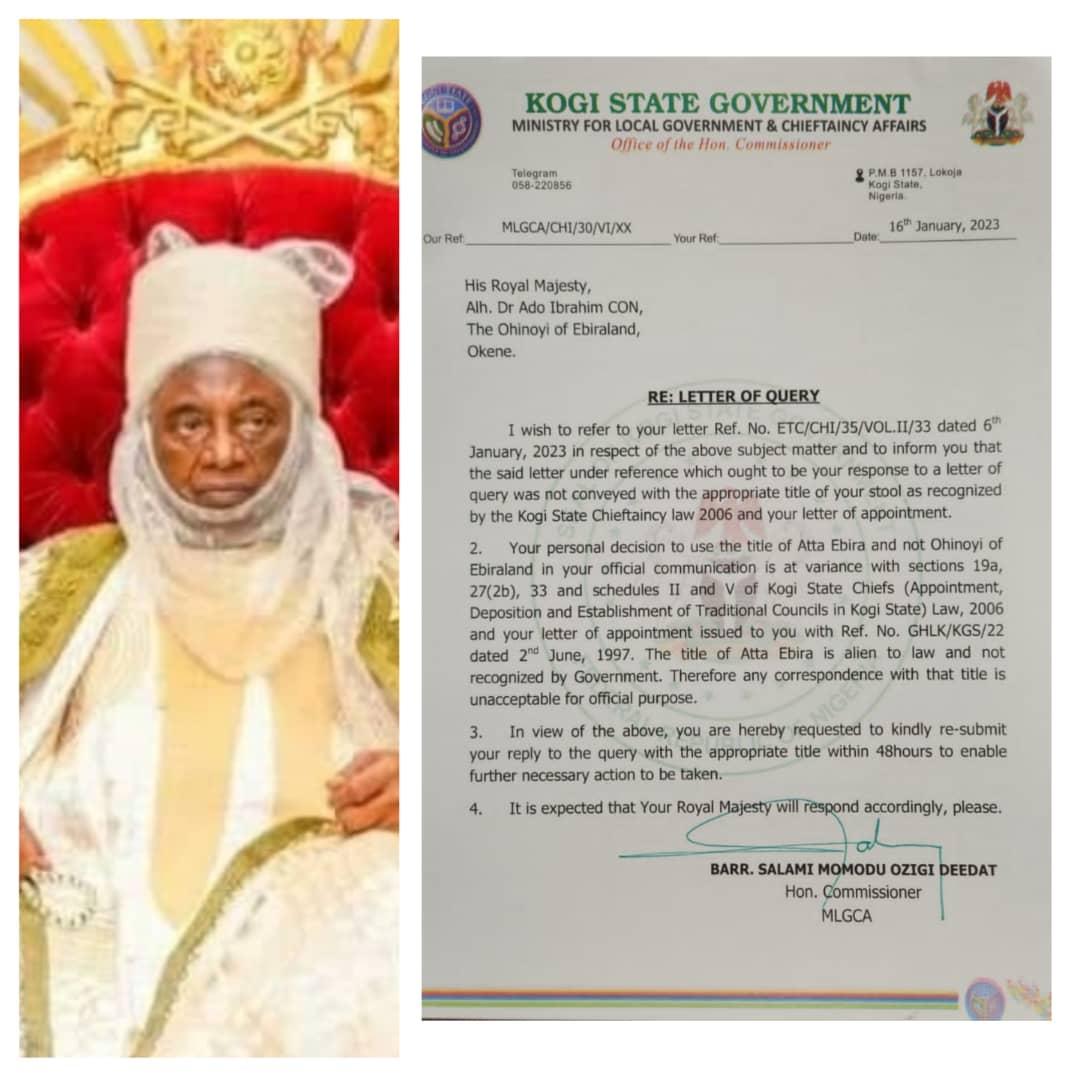 The Kogi State Government has rejected the response of the Ohinoyi of Ebiraland, Dr Ado Ibrahim, to the query issued to him on why he failed to welcome the President, Major General Muhammadu Buhari (retd.), to the state when he visited in December, to unveil Governor Yahaya Bello’s projects.

The letter dated January 16th, 2023 stated that the response was rejected because the monarch did not comply with the appropriate title of his stool.

Part of the letter reads, “Your personal decision to use the title of Atta Ebira and not Ohinoyi of Ebiraland in your official communication is at variance with sections 19a, 27(2b), 33 and schedules II and V of Kogi State Chiefs (Appointment, Deposition and Establishment of Traditional Councils in Kogi State) Law, 2006 and your letter of appointment issued to you with Ref. No. GHLK/KGS/22 dated 2nd June, 1997. The title of Atta Ebira is alien to law and not recognized by Government. Therefore any correspondence with that title is unacceptable for official purposes.”

Corruption as greatest threat to 2023 elections