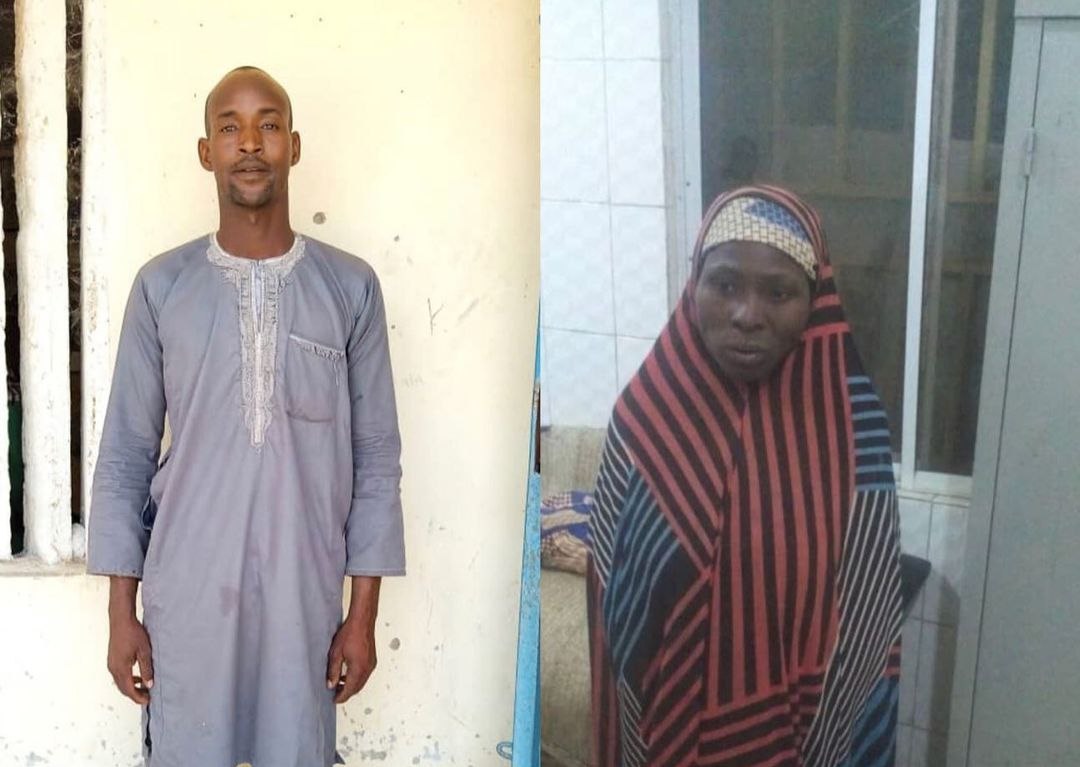 A mom, Balaraba Shehu, 30, has been nabbed by the police in Jigawa State for allegedly burying her newborn baby alive inside a toilet. It was gathered that the hideous act was committed on Friday night, December 2, in Tsurma village, Kiyawa LGA of the state.

The police public relation officer, DSP Lawan Shiisu Adam, in a statement on Saturday said the suspect was arrested alongside her lover, Dan kwairo, 25, who happens to the the father of the child. He said detectives arrived the scene following a tip-off and exh¥med the new born baby from the toilet where it was b¥ried by the suspected mother.

He added that while the suspect was arrested, the baby was rushed to the General Hospital Dutse, where it was certified dead by a medical doctor. “Preliminary investigation led to the arrest of one Amadu Sale alias Dan kwairo aged 25 of Akar village in Kiyawa LGA.

Salesgirl arrested for selling N3.8m worth of goods without remitting the money