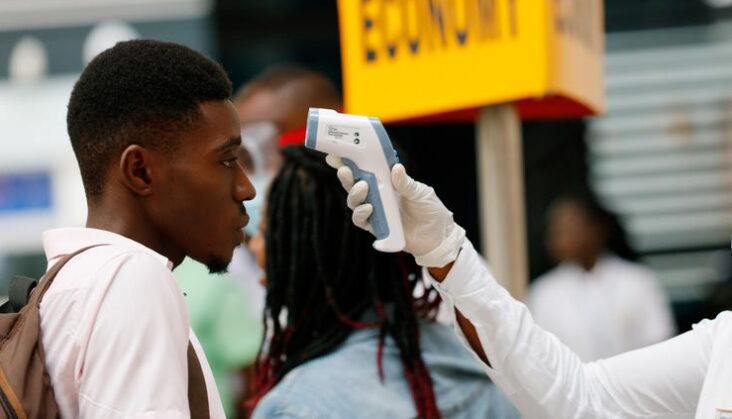 The Lagos State government appears to be failing in the control of the spread of coronavirus in the state. The state government has seemingly lost focus of being alert at the international entry point into the country from Lagos, essentially, the Murtala Muhammed International Airport.

It would, however, appear that the Lagos State government did not get the necessary financial support from the federal government to sustain the commitment to the fight against the spread of corona virus in Nigeria from the intercontinental zone.

President Muhammadu Buhari may have chosen the luxury of appointing a special federal task on corona virus rather can supporting and reinforcing states to be alert and proactive within their jurisdiction.

It sounded bizarre that the Lagos State Commissioner of Health, Professor Akin Abayomi, took to his twitter handle to announce that those on the British Airways flight that arrived in Lagos on March 13 are advised to stay at home or isolate themselves for 14 days.

The Commissioner made the announcement on Tuesday through his Twitter handle after the confirmation of another case of Coronavirus in Lagos.

Officials of the government ought to be at the entry point of the international airport for routine checks or possible enforcement of the arrivals on board the British Airways flight; take useful information or contacts for tracking. But the government was loose; only to resort to the announcement of self-isolation, which many may not comply.

Report indicated that the third case of corona virus in Nigeria was a new case-independent of the index case. It was further indicated that the patient is a 30-year-old Nigerian female who returned from the United Kingdom on March 13, observed self-isolation and developed symptoms, thereby, testing positive.

She is now receiving treatment in the Mainland at the Infectious Disease Hospital, Yaba.

There are indications that the risk of spread is getting higher in Nigeria, as government appears to be losing control.

Meanwhile, the Nigerian government has placed travel ban to US, China, etc.

Share this on WhatsApp
Related Topics:coronavirusLagos State GovernmentMurtala Muhammed International Airport
Up Next