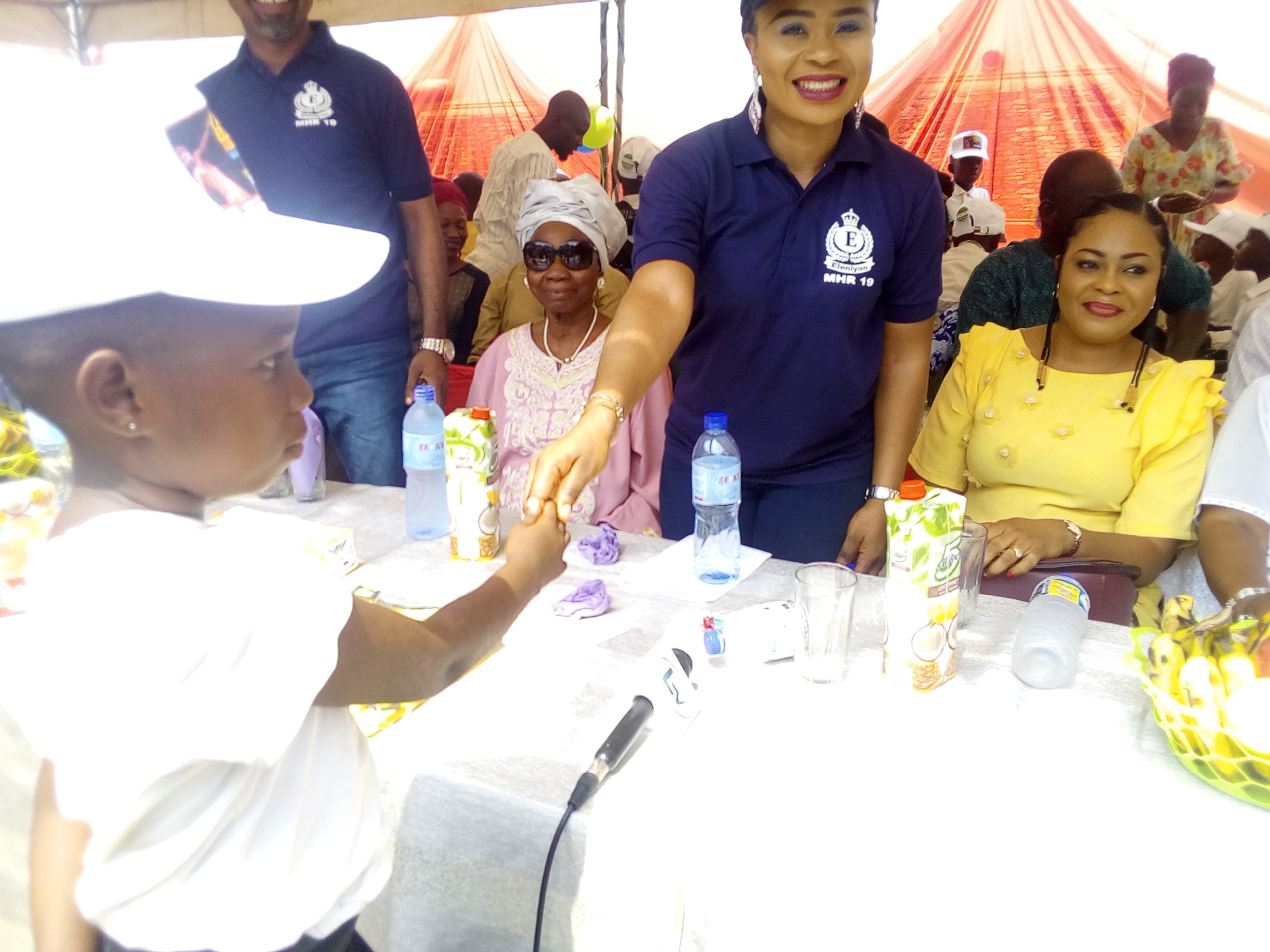 Share this on WhatsApp
Spread the love
Nigerians have been enjoined  to place premium on the education of the Nigerian students as a priority, which can lead to massive developments in the country.
He however urged eligible voters in the country to vote wisely, for the best candidates come 2019 to engender good developments across the nation.
Speaking to journalists during a luncheon to enlist 324 brilliant students selected across the public schools in his constituency in his Eleniyan Ambassadors team, Hon. Segun Olulade of the Lagos State House of Assembly, added that efforts must be made to encourage the young ones.
Olulade, representing Epe Constituency 2 in the Assembly, revealed that he knows the value of education having been a victim of not being able to fund his education for some years.
“That took eight years of my life before I went to the university. I am catching them young and giving them a direction from the beginning and this is a thing of joy for me.
“We should understand that every child is ours. We cannot just train our own children and leave others. There are some families, who cannot afford to send their children or their wards to public schools not to talk of private schools.
“We spend thousands or millions of naira to send our own children to private schools.  At the end of the day, those children would still go to the same market with yours, they would live in the same environment with yours and they will create the society you don’t want for your children.
“So why not come together and be our neighbours’ keepers by training their children so that our own children can also live a wonderful life,” he stated.
Olulade emphasized that he has been doing this for years, and that it is not about political office, which, according to him, is why he has a foundation that would take the project up later. 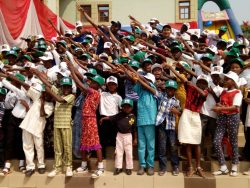 The lawmaker, who is the Chairman of the House Committee on Health, said that he has a total conviction about how to enhance the education of the children.
The youthful politician, who is eyeing the Federal House of Representatives in 2019, said: “My message to the children is that they should continue to study, focus on their education career and emulate good mentors.
“We now have another opportunity to choose the best to represent us at the state and national levels. When we say the nation is failing, a lot has to be done at the judiciary and executive levels. I want to challenge the electorate to look out for the best in their constituencies and ensure that they vote them in during the next election.
“We want a National Assembly that would be committed to development and delivering the dividends of democracy in our country.
“It is important that they have a lot of shortcomings at the federal level. We can get the issue of restructuring and security right of we have the best at the national level.
ALSO SEE: Lagos generated N503.7bn IGR in 2017 – Ambode
“I am a giver and I always want the best for my people. I don’t think of how much I spend, but how much have I been able to give the best to my people.”
Not less than 324 pupils in Epe benefitted from Olulade’s largesse as a way of encouraging them in their academic pursuits.
The lawmaker stated that he came up with the idea of empowering the students to motivate them for academic excellence.
According to him, “people asked me why I didn’t spend much for my family members and I told them with this investment on pupils at this tender age is a way of securing my future because they are our future leaders.”
The overall winner for Basic 6 who is the overall Eleniyan Ambassador was Babatunde Azeezat, while Halimat Raji emerged as the winner for Basic 5 and Akereke Ifeoluwa became the winner for Basic 4.
It was gathered that nine pupils were selected in each of the 36 schools in the two Local Council Development Areas in Epe Constituency II namely; Ikosi Ejirin and Eredo.
Students, who emerged overall first to third in the last academic exercise from Basic 4 to 6 in the 36 primary schools totalling 324 were selected as Eleniyan Ambassadors.
The event, which took place at Ikosi Ejirin was the 3rd in the series. It was an opportunity for the students to showcase their talents and also got motivated for future endeavours.
Epe residents believe with the level of performance of the lawmaker at the state level, Olulade’s representation for the rural community in Abuja would attract more development to the area.
The pupils were subjected to quiz completion and they had relaxed atmosphere to a dancing competition.
Winner of the first position in the quiz went home with a fridge, second position got TV and some other items were given out to the pupils.
While addressing the crowd, Olulade stated that, “everything given to the pupils are meant for them which are to be given to their parents and not for the schools.”
Speaking at the event, a former first Lady in the state, Mrs Doja Otedola described Olulade as “a great ambassador of Epe..
She prayed that the lawmaker would emerge as the representative of Epe for the national level if it would not bring shame to his hard earned reputation.
In her speech at the event, wife of the lawmaker, Engineer Mosunmola Olulade, stated that she shared the vision of her husband and that she was passionate about children.
“My advice to parents is to nurture their children morally and to give them the best. They should know that the way they were brought up is not the way these children should be brought up. Their education should be key so that they could achieve the best,” she said.
Also speaking in an interview with journalists at the ceremony, a Nolloywood actress, Mrs. Sola Kosoko-Abina expressed her happiness over the event, saying that she was impressed by what the lawmaker did.
“We have always been acting how the children should be educated. “Some of us such as Iyabo Ojo and Dayo Amusa are into this kind of project. I would only implore others to join them in doing this,” she said, while advising other public office holders to follow the footsteps of Hon. Segun Olulade.
Share this on WhatsApp
Related Topics:brilliant studentslagos state house of assembly
Up Next