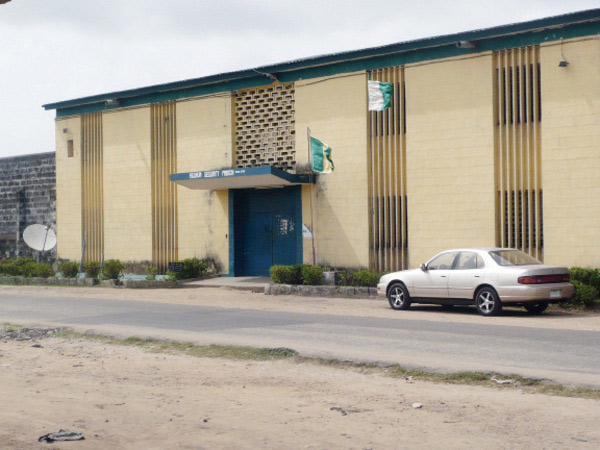 The Controller of Prisons, Lagos Command, CP Tinuoye Olumide Timothy has vowed to check incidences of jail break or escape by inmates within his command by blocking all loopholes and security lapses.

Speaking with National Daily at the Kirikiri Female Prisons, where a grand reception was held to welcome him to the Lagos State Command, CP Tinuoye, reiterated that recent escape by inmates was an indication that there were security lapses, stressing that there was the need to work harder to improve standards during his tenure.

Tinuoye, who resumed duty as the new Controller of Prisons in Lagos, further stated that with swift justice system, inmates would have no business staying longer than necessary in the prisons.

He noted, “The problem we have is that of awaiting trials. I would like to liaise with Ministry of Justice so that inmates that have stayed longer don’t have any reason to be in the prisons.

“I want to address the issue of condemned prisoners. At the moment, we have a total of 168 condemned inmates. Globally as it were, nations are gradually living the issue of killing people even when such person committed an offence.

“My plan is to ensure that those who are condemned have their sentences converted to life imprisonment. By that, we would be able to decongest the cells where they are. We have a lot of prisons that can take life imprisonment inmates. That is definitely what we working towards to achieve.

Also speaking, the Deputy Controller of Prisons, DCP Ekpendu Lizzie said her desire is to guarantee that the inmates (whom she referred to as her children) are properly reformed and released to reunite with their families.

She reiterated that the lawyers handing their cases must work harder and hopes that “the justice system should do the needful so that our children can go out there and fulfil their destiny.”

“We expect he would take us as his daughters and would continue to bear in mind our needs. We are a family here and I don’t consider anybody to be an inmate because it could be anybody. There are three places you least expect to be: a prison yard, a hospital and a morgue,” she added.

On discipline, DCP Ekpendu warned that at the female section, she does not tolerate acts of indiscipline among the staff noting they every inmate is treated the same way. “Every inmate is Very Important Personality (VIP) she reiterated.

On facilities at the prisons, she further pointed out that the wife of President Aisha Buhari, during her visit has been able to provide them with financial muscles to equip the laboratory and were at the verge of procuring some televisions and CD for the inmates.

Statistically, she revealed, the prison is not overcrowded as they presently have 257 inmates including the convicted and awaiting trials.

“No, we are not overcrowded. We have a lot of awaiting trails and some come in pregnant. So, we receive both mother and unborn child. We have to look after them and it is our duty to provide the needed guidance and can’t turn anybody away.

“As far as you are pregnant and you come in, it is our duty to make sure you have your baby and we take care of you to the best we can.

In jubilant mood, all the inmates were treated to sonorous music and lavish entertainment while they used the opportunity to cut several cakes with the new Controller of Prisons, Lagos state command.