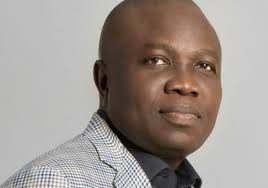 …As E.S gang up to return

THE much awaited Local Government election in Lagos State according to party leaders in the State who does not want their names on print said the election will be conducted in April 2016.
The party Secretariat on Acme road off Agidingbi which used to be silent as grave yard after the 2015 general election has now turned out to be a busy arena again. There is hint within the political leaders in the state and the party stalwart that the local government election will come up April 2016 but date yet to be fixed.
But to the notice of politicians and the leaders of the party in the State, all the Executive Secretaries that run the affairs of the Local Government are also interested in contesting for the hot seat come April this year whereby series of meetings are being held by the Secretaries in a way of ganging up to make sure they return.
But to the amazement of politicians and the leaders of All Progressive Congress (APC) in the State, they never believed the Executive Secretaries will dear want to come out to contest, reason being that before the Executive Secretaries were sworn in, there was agreement that there will be no room for them to contest as Local Government Chairman.
Part of the excuses giving to Lagosians by the Executive Secretaries were that they were fully align with his excellency school of thought and as they embark on his momentous journey , which shall be their guide principles as they want to take Lagos State to the next level. This was stated by the Chairman Conference of Local Government s /Local Council Development Centre, Hon. Kolade Alabi when addressing the Media last week.
The one Million question politician in the State keep on asking each other if you see them in two’s or three is that why now that the State is set to conduct the election that they come out with what they were able to achieve in the office .
Hear the Chairman ,Conference of LGAS/LCDA Hon. Kolade Alabi on Governor Akinwunmi Ambode ‘s assumption of office, he directed the Executive Secretaries to submit names of 2 inner roads each in their local Government/LCDAs for construction in the first phase of this programme through open competitive bidding .
“Today, it is my pleasure to inform you of the commencement of the construction of 114 roads by the Ambode Administration through the Local Government Councils. It is worthy of note that the construction of theseroad will on simultaneously in all the 20 LGAs/37 LCDAs as the contractors have been duly mobilized.
In executing this project , a unique model of “bottom up” Infrastructural Development Style and Inclusive governance ,which involve the CDAs and other relevant stakeholders in preparation implementation and monitoring of this gigantic projects has been put in place through constructive engagement and Stakeholders.
Upon all this encomium poor on the governor and them, Politicians in the State who are also interested in vyingfor the Local Government seat have vowed not to allow any leaders in the party to give them soft landing instead there will be usual party primaries claiming that the Executive Secretaries had tasted the hot seats and they don’t want to leave.
When National Daily visited some party leaders to get their own side of the story about the ganging up by the Executive Secretaries and the election date, they said they don’t want them to be quoted but all the Executive Secretaries should leave because they are chop alone, they never take care of Politicians, for election date, the party has not fixed any date but should be April 2016.

Share this on WhatsApp
Related Topics:APCElectionGov. Akinwunmi AmbodeLagos State Govt.
Up Next

Wike assures of rule of law in choice of ACJ