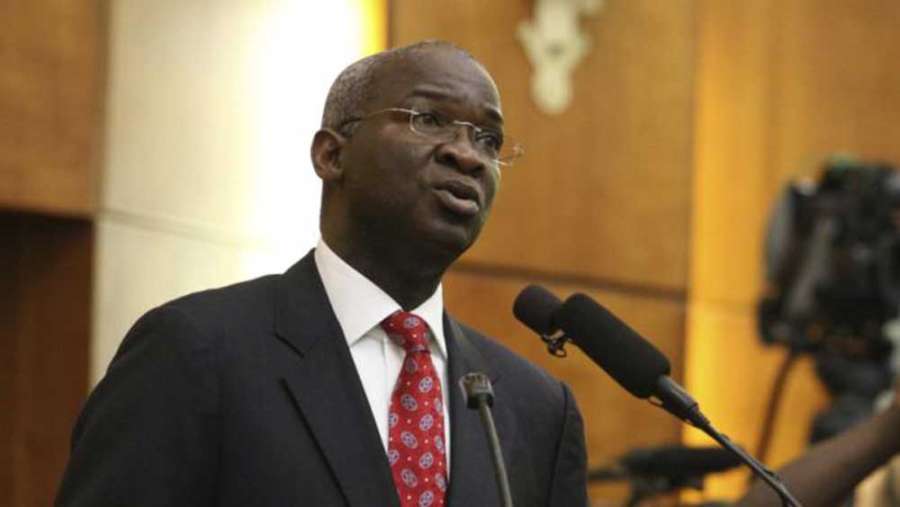 The Minister of Works and Housing (FMWH), Mr Babatunde Fashola, has urged state governments to reform the processes that governs the allocation of land and issuance of title documents.

The Director, Press and Publicity, FMWH, Mrs Blessing Lere-Adams said this in a statement on Friday in Abuja.

Fashola gave the charge in Sokoto, on Thursday, at the eleventh Meeting of the National Council on Lands, Housing and Urban Development.

The meeting is with the theme “Housing Our People, By All of Government and All Our People.”

The minister said the title documents were important to facilitate housing delivery and housing finance that government at all levels should pay more attention to.

He said this was in addition to the process involved in granting permits for construction and approvals.

He explained that citizens would need land as they prefer to build their houses by themselves because buying of houses built by government did not interest them.

As such simplifying the processes would help in that regard, noting that housing provision was a collaborative effort by all levels of government and the private sector.

“We must therefore reform the process that governs allocation of land and issuance of title documents such as Certificates of Occupancy” he said.

The minister said that the bulk of the work to be done on lands lay with the states because of their almost total control of land by virtue of the Land Use Act.

Fashola encouraged state governments who were yet to digitise their land acquisition to do so to facilitate the issuance of title documents as well as encourage investors who might need land to establish businesses.

On payment of rent in advance, Fashola said ”asking for two to three years rent in advance from working class people (as distinct from corporate tenants) does more harm to the economy.”

He urged state governments and lawmakers to come up with policy that could ensure payment of rent was made after collecting salary, saying it would be a most revolutionary intervention rent payment system in the country.

“This is possible if we try and this will give the fullest possible expression to the theme of this meeting which is “Housing Our People, By All of Government and All Our People,” he said.

Fashola also informed the delegates that the National Housing Programme initiated by Federal Ministry of Works and Housing at the onset of the Muhammadu Buhari led administration has been completed and handed over to the beneficiaries.

He noted that the programme had begun to deliver the objectives for which it was created such as owning a house and job creation to lift people out of poverty.

Through the engagement of engineers, builders, masons, and food vendors to work on the various sites across 34 states and FCT.

“The construction sites have been and remain centres of supply for building materials and other commodities.

“Many people who hitherto were unemployed have had their dignity restored because they can leave home every day saying to their families – I AM GOING TO WORK,” he said.

The minister said that many houses had been completed and were now being handed over to the beneficiaries who followed the allocation procedure set out in the National Housing Programme web portal (nhp.worksandhousing.gov.ng).

For flexibility and easy purchase of the houses, Fashola said that a Rent-to-Own option had been introduced into the acquisition and sale.

Remarking, Gov. of Sokoto, Hon. Aminu Tambuwal urged delegates to study the presentations by stakeholders to enable them make viable and effective decisions which could become a model of preference in the sector.

JTF denies alleged invasion, says it is only chasing oil thieves in Bayelsa