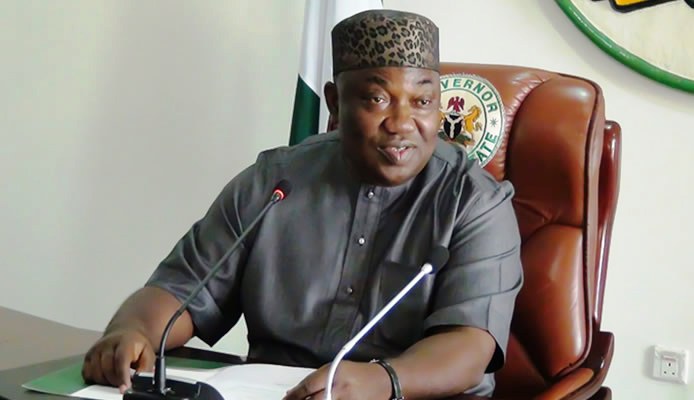 The Enugu State Chapter of the People Democratic Party (PDP) on Wednesday flagged off its campaign ahead of the 2022 local government elections in the state.

The National Daily reports that the Enugu State Independent Electoral Commission (ENSIEC) has fixed Feb. 23 for the elections in the 17 local government areas (LGAs).

The party also lauded Gov. Ifeanyi Ugwuanyi’s performance, as well as the way he has managed the party’s affairs.

Presenting the selected chairmen and deputies from the 17 LGAs, the PDP’s State Chairman, Mr Augustine Nnamani, urged members to obtain their Permanent Voter Cards and vote en masse for its candidates.

He expressed appreciation to Ugwuanyi and party members, saying, “There is no part of the state that has not felt the impact of the state government in terms of road construction, empowerment, security and prompt payment of salaries”.

In a goodwill message, the State Secretary, Mr Cletus Akalusi, said it was only in Enugu that council’s elections were being conducted as at when due because of the modalities put in place by the governor.

“The governor has been keeping to the promise of conducting elections as at when due and it is only in Enugu that we see such a thing,” Akalusi pointed out.

Akalusi lauded the governor for the love that existed between the executive and legislative arms of government.

Solomon Onah, the Chairman, Association of Local Government of Nigeria (ALGON), Enugu Chapter, thanked Ugwuanyi for the way he managed the affairs of the state, as well as the party and pledged to mobilise ALGON members to support him.

He pointed out that in 2015 Ugwuanyi committed the state into the hands of God and today it was yielding results.

Onah pledged to support the party to ensure it coasts to victory in the local government elections.

Also, the members of the Enugu House of Assembly led by its Speaker, Mr Edward Ubosi, described Ugwuanyi as the “best governor in the entire federation”.

Ubosi said the local government elections in the state had come to stay and as no one could change it.

While appealing to the governor to accommodate the outgoing chairmen due to “hunger and hardship“ in the country.

He reiterated the assembly’s commitment to support the state government and the party.

Responding, Ugwuanyi assured the people of Enugu State that the party candidates, if elected, would serve them with the fear of God and in their best interest.

He said this would be consistent with the PDP tradition, and urged them to vote massively for PDP on Feb. 23.

“I extend my reverential greetings and gratitude to the clergy and our traditional rulers for their prayers, support and wise counsel.

“I must pertinently tell you that our administration is keen on activating the local economy of our rural communities.

“Therefore, it has become our directive principle that all elected council chairmen and councillors must reside in their electoral constituencies henceforth.

“By so doing, they will necessarily work to secure these constituencies (being residents) and also activate the local economies.