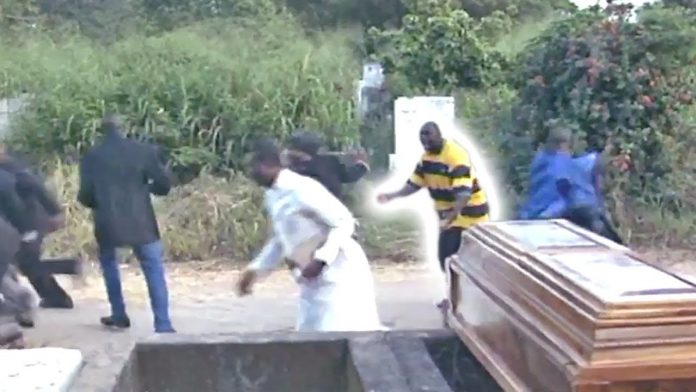 A man whose wife died three years ago saw the shocker of his life on Tuesday when he came across the late wife living with another man in Akure, the Ondo state capital.

The shocked man simply identified as Olu who came to Akure town for a job interview caused a lot of traffic at Oja Oba road where he met the wife with another lover.

Olu came to Akure for an interview at a nearby hospital and decided to move around and see what the town looks like when he sighted his wife who died 3 years ago in his hometown.

According to him, “My wife died of asthma 3 years ago and had been buried. But I was surprised to see her with a man conveying her in a Keke, at first I hesitated but I summoned courage and called her by name, she turned, looked at me and disappeared.

The man who carried her fainted twice after he was resuscitated, he narrated his story saying he had lived with her for more than a year. He also said they met in church and he later proposed to her and she accepted.