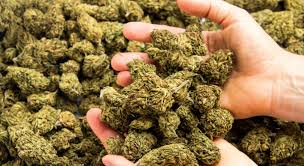 The American Cancer Society supports the need for more scientific research on cannabis for cancer patients, and recognises the need for better and more effective therapies that can overcome the often debilitating side effects of cancer and its treatment. The Society also believes that the classification of marijuana as a Schedule I controlled substance by the US Drug Enforcement Administration imposes numerous conditions on researchers and deters scientific study of cannabinoids. Federal officials should examine options consistent with federal law for enabling more scientific study on marijuana.

Medical decisions about pain and symptom management should be made between the patient and his or her doctor, balancing evidence of benefit and harm to the patient, the patient’s preferences and values, and any laws and regulations that may apply.

The American Cancer Society Cancer Action Network (ACS CAN), the Society’s advocacy affiliate, has not taken a position on legalization of marijuana for medical purposes because of the need for more scientific research on marijuana’s potential benefits and harms. However, ACS CAN opposes the smoking or vaping of marijuana and other cannabinoids in public places because the carcinogens in marijuana smoke pose numerous health hazards to the patient and others in the patient’s presence.

Marijuana is the name given to the dried buds and leaves of varieties of the Cannabis sativa plant, which can grow wild in warm and tropical climates throughout the world and be cultivated commercially. It goes by many names, including pot, grass, cannabis, weed, hemp, hash, marihuana, ganja, and dozens of others.

Marijuana has been used in herbal remedies for centuries. Scientists have identified many biologically active components in marijuana. These are called cannabinoids. The two best studied components are the chemicals delta-9-tetrahydrocannabinol (often referred to as THC), and cannabidiol (CBD). Other cannabinoids are being studied.

At this time, the US Drug Enforcement Administration (DEA) lists marijuana and its cannabinoids as Schedule I controlled substances. This means that they cannot legally be prescribed, possessed, or sold under federal law. Whole or crude marijuana (including marijuana oil or hemp oil) is not approved by the US Food and Drug Administration (FDA) for any medical use. But the use of marijuana to treat some medical conditions is legal under state laws in many states.

Dronabinol, a pharmaceutical form of THC, and a man-made cannabinoid drug called nabilone are approved by the FDA to treat some conditions.