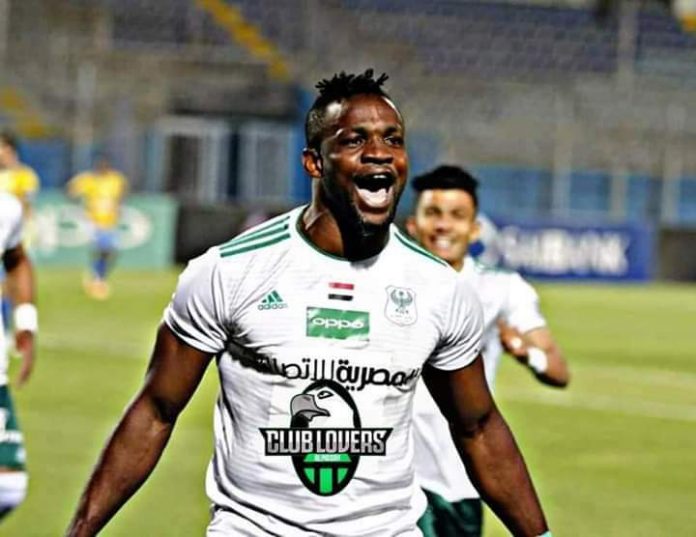 By Esther Egbe
National Daily spoke with four former national team players abroad who wants to be called back to represent Nigeria recently namely Yusuf Olaitan Otunbanjo,Amutu Austin,Ramon Azeez,Luqman Gilmore.
Former Nigeria U23 star and ex Atletico Madrid striker  , Yusuf Olaitan Otunbanjo,told National Daily that  he draws a lot of comfort from his mum following a huge setback to his budding career.
Reckoned to be as skilful as a Brazilian so much so that he was nicknamed Oladinho, the career of this lad had been a yo-yo after he featured for the Golden Eaglets at the 2009 FIFA Under-17 World Cup hosted by Nigeria.
A silver medal winner in Coach J 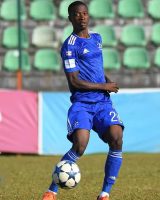 ohn Obuh’s team, soccer indeed is Oladinho’s first love. He captained his alma-mater, Ijebu Ode Grammar School, on his way to Julius Berger feeder team, Gateway Football Club of Abeokuta. He was snapped up by Spanish top side, Atletico Madrid, after Nigeria 2009 where he continued with his footballing education in the youth team.
Otubanjo aims for Super Eagles call-up in 2019,i want to represent my country again he  told National Daily.

The former Golden Eaglet star, who scored an impressive 28 goals in Austrian Regionalliga Mitte season to help Blau Weiss Linz FC secure promotion to the second division, said he was happy with the offer from MSK Zilina, adding it would be another opportunity for him to show what he can do in another country,added that from Ijebu-Ode, Ogun State to Austria.
He said, “Nothing seem so difficult for God to do and my team has been in good form so far and sure when end it well with the league to champions league qualification, am sure my performance will create up great chance for the National team call up.”
Yusuf stated that his heroes growing up were the legendary Jay-Jay Okocha and Kanu Nwankwo he said. 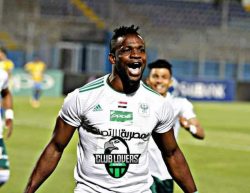 Former  Dream Team (U-23 ) and former Warri wolves striker ,Austin Amutu who completed his move to Al Masry early this year said  he wish to be called back .
Amutu told our reporter that he has joined the Port Said-based club from Malaysian outfit Pah to Al Masry FC signing a three-and-a-half-year contract that will keep him at the club until July 2022.
He explained that his head coach Ihab Galal wanted to sign a striker before the end of the transfer window to replace Ahmed Gomaa, who moved to Saudi side Ohod on loan .
He was the one who qualified them to confederation cup with ending 4th position last season.
He has played six month with the club already with 7 goals in 10 matches.
He  got a Saudi club offer this new season ,but the club refuse after the club Offer them lot of money to release him , but his club refuse.
Amutu played for a number of clubs across the world, including Nigerian clubs Mighty Jets and Warri Wolves, Turkish side Yeni Malatyaspor, Tunisia’s ES Zarzis, as well as Malaysian sides Kelantan FA and Pahang FA.
The 25-year-old becomes Al Masry’s eighth summer signing after bringing in Hussein Ragab, Mohamed Saleh , Ezekiel Bassey , Saido Simpore , Abdelraham Zein, Mostafa Tayra, and El-Husseini Samir.
The Nigerian will link up with compatriots Emeka Eza and new signing Ezekiel Bassey, with Burkinabe midfielder Saido Simpore completing the club’s foreign quota.
The club have announced that Amutu will be eligible to play in the club’s next game against Ittihad of Alexandria on Monday, February 4.
Al Masry are currently seventh on the Egyptian Premier League table with 25 points, five more than 17th-placed Ittihad.
Amutu, who started his playing career with youth team Karamone, later joined Mighty Jets of Jos where he started exploding his talents, winning a lot of honours and awards such the Best Striker of the team, team’s Highest Goal scorer ever for in a season.

Nigerian midfielder, Ramon Azeez told National Daily that  he is a happy, after making a deadline day move to Laliga 2 side Granada from another second division side CD Lugo
The 2014 World Cup star, thanked God for making the move a reality despite last-minute uncertainties.
Azeez explained that the last hours of the market during his transfer was complicated because I did not know what was going to happen, I started praying and waiting, I wanted to come here and everything went well.
“If I have the opportunity to have minutes, I have to do what the coach asks me and try to do it well. I like how this coach works. I came to get more excited and keep growing as a footballer,” the 26-year-old stated.
The Laliga star added that  already had his first training session and was immediately included in the matchday squad for Sunday’s clash with Osasuna.
Granada is currently top of the LaLiga 2 table with 44 points from 23 games and looks destined to return to the LaLiga next season.
Azeez told National Daily that he wants to come back with fresh sauce to Super Eagles.
I will love to be called back to wear the green white green he concluded. 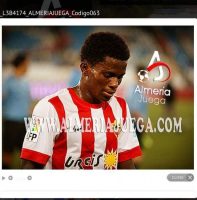 Former Golden Eaglets, Aacc FC, FC DINAMO TBILISI presently with FC Zugdidi Midfielder,Luqman Gilmore told National Daily that he wish to be called back to the National team despite being part of the youth setups since 2012 when he came on stream .
He explained that his faith preaches patience and perseverance but no Nigerian upcoming footballer has probably displayed such rare candour in the face of adversity as much as Luqman Gilmore, the youngster currently attached with FC Zugdidi in the Georgian Liga 2.
Gilmore told our reporter that he has been part of all levels of the national youth team set ups be it the Golden Eaglets Flying Eagles and Olympic Eagles yet he was not opportune to be so selected for any of these teams since he came on stream in 2012.
Yet Gilmore would be the first to admit that he’s indeed a great disciple of Muhammad Hafez-e Shiraz , influential Iranian and Persian poet who preached the art of patience and perseverance during his life time.
“The management of Stoke City were so happy when I was invited to the national U-17 team ,where I did my best but not being able to make the squad for the 2013 U-17 World Cup in the United Arab Emirates affected my career negatively.
“My long term aspiration is to play at the highest level possible and hopefully for the Super Eagles in the nearest future with a lot of players that we trained together at one time or the other in the Golden Eaglets, Flying Eagles and Olympic Eagles.”
PV: 0