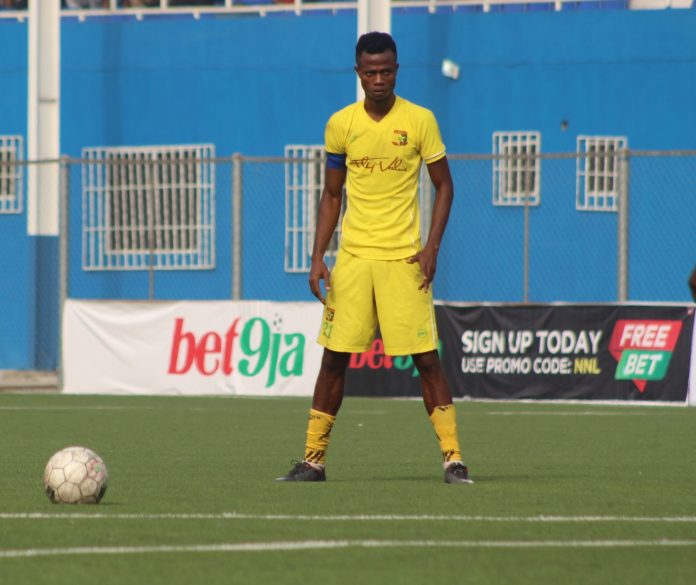 By Esther Egbe
A brace from Adedayo Olamilekan has helped Remo Stars Youth Team to a 5-0 victory over Emalex FC of Ondo State in their first Nationwide League Division Two fixture,National Daily learnt.
Each of Adedayo’s efforts came in the first half, after Emmanuel Alex had initially given the Youth Team a one-goal lead in the early minutes of the game.
Yusuf Ibrahim scored to increase the tally before Ayomide Akinsanya netted from the spot as the Youth Team showed their ruthless streak against fellow NLO Division Two side who were ultimately outclassed.
National Daily gathered that  Coach of Remo Stars Youth Team, Olawale Olowokere praised the performance of the boys after the 5-0 victory and also said No challenge can stop the boys going forward.
“It was a good performance from the boys, we have been preparing for a long time and all we prepared for is exactly what we are here for. It was a good game and we were able to convert our chances scoring 5 goals, it was an easy game despite the weather and the field but No challenge can stop us. We are here to win and we have just gotten a win out of the fixtures.”
“It’s a game at a time, we have won this and it’s gone. We will prepare ourselves mentally even without enough time but we are prepared for the second game and the next. We have got the talent, the boys are good, they learn fast and I definitely feel it will be a good win for us.”
Remo Stars Youth Team will next play Ijesha Golden Warriors by 4pm on Saturday, 24th of August, 2019 at the Oluyemi Kayode Stadium in Ado Ekiti.