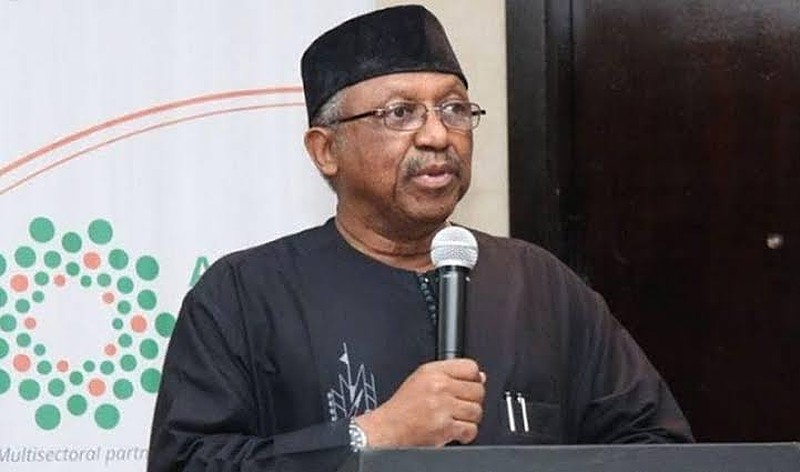 The Minister of Health, Dr Osagie Ehanire says it is not correct that drugs being dispensed to patients under the National Health Insurance Scheme (NHIS) are fake or substandard.

The minister said this in Abuja at the 17th edition of the “President Muhammadu Buhari (PMB) Administration Scorecard Series (2015-2023)” organised by the Ministry of Information and Culture.

He was responding to fears expressed by some journalists at the event that drugs being given to NHIS patients are cheap and most times different from those recommended to other patients who are not under the scheme.

Ehanire explained that drugs that were being dispensed by the NHIS were mostly generic because they are affordable but they serve the same purpose as patent drugs.

Generic medicines according to Google are “those where the original patent has expired and which may now be produced by manufacturers other than the original innovator (patent-holding) company.”

“It is not by the cost of a medicine that you know its effectiveness, what is important is the active substance not the name and the packaging.

“They may be cheap because they are not carrying the name of a big pharmaceutical company but they have the same components.

“Because NHIS attends to a large number of people, they go for drugs that are affordable but contain all active ingredients,” he explained.

According to the minister, all drugs being administered under the NHIS are certified by the National Agency for Food, Drug Administration and Control (NAFDAC) which ensured their components are complete and safe.

Ehanire said that the NHIS was in the process of partnering with notable pharmaceutical companies to produce medicines and brand them solely for the scheme use.

The minister also addressed another concern raised on the alleged unfriendly, unprofessional and disrespectful manner some Doctors, Nurses and other workers in public hospitals treat patients.

He said that the ministry was aware of such cases and has taken measures to address the issue.

Ehanire said that the ministry was introducing trainings on better communication skills among its health workers to ensure patients were treated with respect, dignity and compassion at its medical facilities.

“Part of what we are discussing in the ministry is to introduce trainings on better communication skills and better human relations for our health workers.

“We are going to work that out and see how we can ensure health workers treat their patients as a customer or as their guests.

“Poor communication skills have been identified as being responsible for a lot of misunderstandings, fights and sometimes threat to life in our hospitals,” he said.

The minister also noted that such misunderstanding occured when the health workers were overworked and as a result lost their cool.

He also appealed to patients and their wards to always treat health workers with dignity and respect.

Share this on WhatsApp
Related Topics:fakefearMinisterNHIS patientssubstandard drugs
Up Next