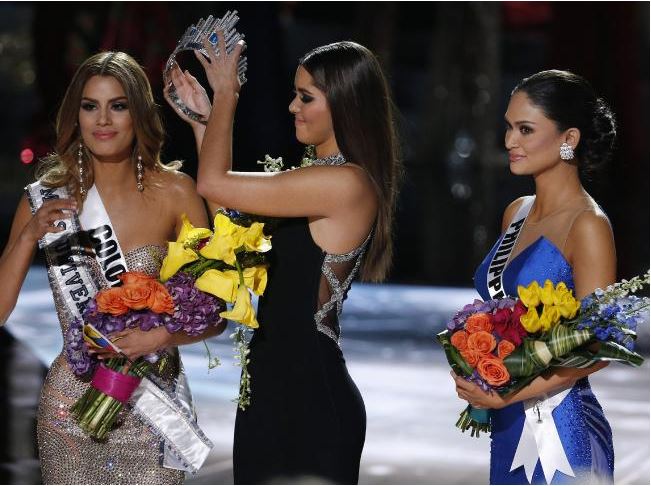 How disappointing can it get to get stripped of a crown that has already been placed on you head. The world was shocked on Sunday night when drama ensued over the winner of the Miss Universe beauty pageant with Miss Colombia being stripped of the crown moments after she was named winner. Read: Drama as Steve Harvey announces wrong Miss Universe winner Although the organisers have since tendered apologies, with host Steve Harvey claiming responsibility for the gaffe, the world has continued to talk about the scandal which is the first of its kind in beauty pageantry. Also read: Twitter roasts Steve Harvey after announcing wrong Miss Universe winner The person at the central of the controversy, Ariadna Gutierrez who represented Colombia has however eventually voiced her mind. Ariadna is no doubt a powerful and courageous lady. Despite the pain of losing out in such a controversial way, Ariadna has expressed optimism that in an emotional message she shared on Instagram this morning. ‘After the storm comes the calm…’ she wrote while congratulating the eventual winner, Miss Philippines and also expressing joy that she has been able to bring attention to her country and the Latin community. After the storm comes the calm. I want to thank each and everyone of you who have sent messages of support and strength. Every one of you has become an incredible human being in my book and I am the most fortunate and thankful for having the support not only from one country but from the whole entire world. Your destiny is written for you. And my destiny was this. I was able to bring happiness to my country after becoming Miss Universe for only a couple of minutes… Today because of that COLOMBIA and the LATIN COMMUNITY are being talked about in every corner of the world. I also want to congratulate the Philippines for their new Miss Universe. The happiness that you must be feeling must be incredible. Life continues and in the future we will find out why things happen the way they happen. Thank you all for your LOVE SUPPORT and KINDNESS….

Tonto Dikeh prays for her fans in a special Christmas message