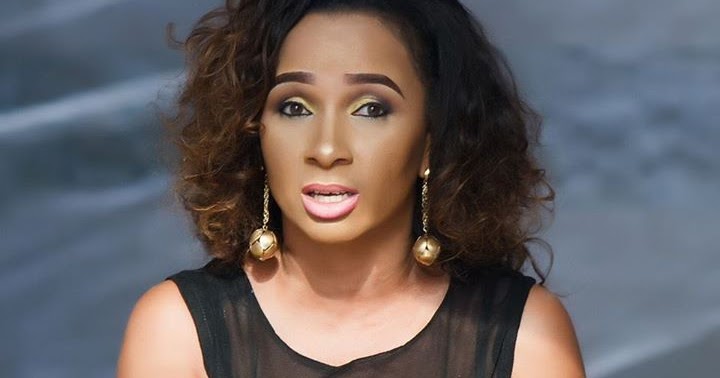 FORMER president of the Actors’ Guild of Nigeria (AGN), Ibinabo Fiberisima, needs all the strength she can muster to walk out unscathed from the web of troubles she is mired in.
Road to jail:

In a split second, everything had happened. One car had been rammed by a sport utility vehicle and an ex-beauty queen was reportedly in coma while a medical director of a general hospital in Lagos writhed in pain and struggled to stay alive. According to a source, that was all Ibinabo Fiberesima could recall in a recent visit to her at the Kirikiri Female Prison in Lagos. ‘It was like using the switch to light up a room and turning it off in seconds. It happened too fast”, she told her guests at the reception of the correctional facility. The vehicle she drove in the accident that claimed the life of Dr. Suraj Giwa 11 years ago belonged to her friend, former singer, Daniel Wilson.

So, the Department of Public Prosecution, Lagos Division, took up the matter which ended at the Court of Appeal, Lagos, where Fiberesima would later get her five-year jail term for reckless driving resulting in the death of the doctor. And since March 11 when the verdict was pronounced, life hasn’t been the same for the vivacious lady who broke down in tears in the courtroom.

Life in prison:
Our source gave a vivid description of the facility; entrance is well manned by courteous male guards with rifles. Although a female prison, perhaps for security reasons and requiring the strength of men, the facility had no other male staff in sight aside from the men at the entrance. You’re required to submit yourself to a search by the ladies in uniform who check you in after dropping every gadget on you at the entrance.

That way, unapproved surveillance and recordings are excluded. Then you are ushered into hostels of ladies serving terms and those awaiting trial. A flurry of activities handled by the convivial Prince Eze Madumere of Afternoon Sit-Out makes you feel you’re only around to see your ward in her hostel.

Fiberesima was brought to the reception opposite this place, in her black jean trousers and dotted long sleeve shirt rolled to the elbow on a pair of jelly slippers. She was full of smile as she welcomed her guests.

No wrinkles, no black spots, her face still as fresh and fair as her days before the ordeal.

A bespectacled lady hugged her and behind her glasses flowed painful tears. “No, don’t cry. As you can see, I’m strong now. You know me na. I have taken everything in good faith,” Fiberesima was said to have interjected. She narrated how a colleague and friend, Patience Ozokwor a.k.a. Mama Gee, had visited earlier. “She broke down here and was crying. She said, IB, you’re a good woman, this shouldn’t be happening to you. I told her that I give God the glory.

The kinds of stories I hear from some inmates here have made me to be grateful in everything.” We gathered reliably that some of those who visited are top comedians, Yibo Koko and Bovi. Her friend, Charles Novia, had earlier posted an article online commenting on the visitors she receives.

“High profile visits have already been carried out to Kirikiri to reassure Ibinabo by over fifty celebrities on Sunday, March 13.” In fact, Chief Zebrudaya of the New Masquerade fame would be visiting tomorrow.

She doesn’t know how the prison food tastes because she doesn’t eat it. They bring her food from home and she just asked some of the friends she’d made there, “where is my food na? I neva chop since.”

Where she lives now, friends bring her consolation; unintentionally, they even make comments that move her to tears as strong as she thinks she has become. The ex-beauty queen is tired of all the strife in the outside world, even the April 7 date to hear her bail application isn’t enough to cheer her.

Torrents of goodwill:
Further checks from informed sources revealed that many individuals and NGOs, most of whom are even unknown to Fiberesima throng the prison in solidarity. That camaraderie humbles the delectable mother of five.

During one of the visits, she felt so loved and proud. And the overwhelming excitement reflects in her tone, “one NGO even came here and dropped N100,000. I don’t know them. They just came and showed their sympathy.

They said the battle is no longer yours from now, it’s ours,” according to the source. She ranks today as the most visited person at the facility and that singular feat shapes what manner of treatment she gets from fellow inmates.

Likely role of politics in the saga:
A likely casualty factor that needs some interrogation is the prolonged battle for the presidency of the AGN. She had been in and out of court against Emeka Ike who finally got a ruling confirming him as the new president of the guild.

The ruling came days after her sentence was handed out. It bears recalling that Fiberesima led Nollywood to drum support for the return of former President Goodluck Jonathan to power, got a board appointment during his reign while the national secretariat of the AGN is cited in Lagos, an All Progressives Congress (APC) state.

It’s in this connection that a respected industry player who prefers to comment anonymously insists that: “her matter is political and she should have sensed there could be trouble immediately Jonathan lost. Well, the poor lady thought the matter had been laid to rest before its sudden resurrection.”

Efforts to get freedom:
Given this knowledge, concerted efforts are being made to access the powers that be in the ruling party. Sources further insist that this explains why a delegation from Nollywood was sent to plead with the Oba of Lagos, Ridwan Akiolu.

This delegation was to meet the monarch last Wednesday, March 23. Ostensibly, the final destination is Asiwaju Ahmed Tinubu, believed to be the only man with the wherewithal to calm the storm in Fiberesima’s life.

The final hurdle and her last hope is the Supreme Court and her sympathisers believe it’s not over until it’s over. After the judgment, Fiberesima’s friend of over 15 years, Charles Novia, who posted an article recently, claims that he has an eye witness’ account.

“My name is De Gaulle (surname protected by me) You see, I’m ready to come out to testify or say whatever happened that night of the accident because it happened in my presence. I witnessed it and saw everything.

We were many who saw what happened that evening and I assumed that others might have told the world what really went down, but I’m surprised to read so many untrue things about what happened at the scene of the accident that evening,” the post partly reads.

Chances are that Fiberesima may yet walk out of the gloom encircling her if the man makes good his promise to testify at the apex court.

Other hurdles to scale:
Something seems to be wrong on all fronts for this lady of charm. As many worry about her jail term, unknown to them, there are more trials scarring her heart. The source continues, right there at the reception of the prison, just as she tried to express submission to God’s will in the matter that landed her in jail, fresh thoughts of other issues to deal with if she manages to extricate herself from the current dilemma confront her.

Chief of them is her marriage. Speculations are rife that her marriage to Uche Egbuka which had barely lasted a year has hit the rock. “She’s worried that even if she is set free today, she’d still come out to face the issue of divorce.”

How many troubles can this lady handle at a time? She wants all the mess to be in the public domain at the same time so that the world would know about them and forget about all at the same time.

She doesn’t want to be in the news serially for the wrong reasons. IB is a very kindhearted lady. She’s just unlucky a lot of time. She laid bare the truths about the marriage to her friends and how much she had tried to save it,” another insider confirms.

There’s yet a N10.8m fine waiting for her to pay. Sometime in February, Justice Adolphus Enebeli of a High Court in Port Harcourt, ordered Fiberesima who owns AMC product Nigeria limited to pay damages to ‘Miss Earth’ 2011/12, Monachi Chineye, for seizing her crown and other entitlements after winning the contest.

He ordered that the sum of N10.8m be awarded to the applicant, Miss Earth Nigeria 2011/2012 as damages. It looks like there is no end to the travails of this former beauty queen. Whether she would come out of it all with her head held high is a puzzle only time will unravel.